[Summary: A sunspot the size of three Earths is within the firing range of the Earth. There are currently no aurora alerts for Earth from NOAA’s Space Weather Prediction Center.]

Currently facing us is a sunspot the size of three Earths, which is within firing range of our planet and could soon produce medium-class flares. On June 22, 2022, Tony Phillips, the author of SpaceWeather.com, wrote, “Yesterday, sunspot AR3038 was big. Today, it’s enormous“.

When magnetic energy that has accumulated in the solar atmosphere is abruptly released, it causes a solar flare. From radio waves at the long wavelength end to optical emission to x-rays and gamma rays at the short wavelength end, radiation is produced across almost the whole electromagnetic spectrum.

We know a powerful concentrated outburst of electromagnetic radiation in the Sun’s atmosphere as a solar flare. In areas where the sun is active, flares frequently coexist with solar particle events, coronal mass ejections, and other solar phenomena, albeit not always. The 11-year solar cycle affects how frequently solar flares occur.

According to their X-ray brightness, in the wavelength range of 1 to 8 Angstroms, scientists categorize solar flares. The classes of flares are A, B, C, M, and X, where A denotes the smallest and X denotes the greatest. There are nine subcategories under each category, spanning from C1 to C9, M1 to M9, and X1 to X9.

Author Philips noted that the rapidly expanding sunspot has doubled in size in just 24 hours and that the magnetic field around it has the ability to fire M-class solar flares at our planet.

According to astronomers, if the sunspot releases a coronal mass ejection, or CME, of charged particles directed at our planet, it’s likely that those particles will interact with our magnetic field and produce auroras, or colorful lights in our atmosphere.

However, there are currently no aurora alerts for Earth from the National Oceanic and Atmospheric Administration’s (NOAA’s) Space Weather Prediction Center, which tracks solar flares and other outbursts.

The Sun has been emitting several M-class and X-class (the strongest class) flares as activity increases in the typical 11-year cycle of sunspots, which has been particularly active this spring.

Because of this, NASA and NOAA regularly monitor the sun. NASA’s Parker Solar Probe mission also occasionally flies extremely close to the sun in order to research the sources of sunspots and the space weather the solar generates. 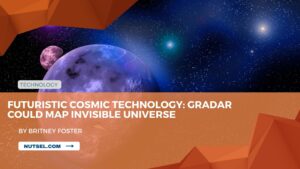