We have gone through a ton of eras in the past few centuries. However, for the first time in history, something could be happening that would change everything – an era of algorithms.

The rise of algorithms has been happening slowly but surely, a byproduct of how society relies on computers and other machinery to take care of everything.

We are now seeing a rise in the use of algorithms for social media, job applications, titling and more. Algorithms are taking over more and more areas of our lives.

But this is not the only change that has been happening in recent times with algorithms. With these developments, comes the question of what will happen if we enter an era of algorithms?

If we enter an era of algorithms, it will not just affect the human race – but will also impact our planet and everything on it, and most likely, it will not be limited to the Earth.

Firstly, let’s talk in detail, what an era of algorithms means.

An era of algorithms is a world where algorithms control everything around us. Algorithms decide our jobs, how we interact with people, the media we see, and even more.

In the era of algorithms:

-Stock markets will be completely operated by AI.

-Daily news articles will be generated by AI.

-Algorithm will decide your name.

-Algorithms will decide your job, career, and education.

-Vehicles will always be controlled by algorithms.

-Algorithms will decide our relationships.

-Algorithms will decide who gets elected.

-Our health and wellness will be determined by algorithms.

Other than that, we have no idea what else algorithms will be doing here (just as people in 1000 AD had no idea we would be driving a four-wheeled car).

There is still a lot about algorithms that we do not know when it comes to the human psyche and mental health issues. But one thing is sure: in the era of algorithms, we will surely have less to exist for.

What will happen if we enter an era of algorithms?

Well, this would not be good for us humans. Algorithms are essentially a set of instructions that computers follow in order to perform a certain action. Therefore, these algorithms can lead machines to act in ways that are not always pleasant for us humans. For example, you had an algorithm designed to analyze your CV, and it decided that you should be hired.

Of course, one might say algorithms would promote fairness and prevent discrimination from happening, but this is something else entirely; this is giving the machine the power to make decisions based on its own rise of judgement, or lack thereof.

“Algorithm Predicts Future Crimes One Week in Advance With 90% Accuracy“. This is not the future, this is not fiction. It’s 2022 and this has already been made possible.

And so, one may ask, what would happen if we entered a big whole “era” of algorithms? Well, here are some of the things we can expect:

1. We will lose control over machines

This could be problematic if it encountered a situation that it could not deal with — like a child running into the road or someone jumping in front of the car (say for a prank). It’s safe to say that this could even be fatal for whoever is inside.

2. We will stop being individuals

As well as this, algorithms are also programmed to recognize patterns and create conclusions from smaller sets of data. They can easily predict human behavior and even judge what is good or bad for us humans — in a very broad way.

As a result of this, we will have less freedom to make our own decisions in life and become more prone to the way algorithms judge us.

Due to this fact, many people who have suffered from database breaches (like some celebrities) have complained about having their “privacy invaded“.

4. The world will completely change

But, if we enter an era of algorithms, it will not just affect the human race, but will also impact our planet and everything on it; most likely, it will not be limited to the earth. Some may say that this is something that can only happen in the future.

However, it really depends on how we move forward today. Provided that we continue to allow algorithms to make decisions for us, we may end up completely trapped — where everything is fully controlled by algorithms.

Earth has at least 1.5 billion years left to support life. Don’t worry, Algo buddies – you have got bunch of time to rule the world.

This is how I see the era of algorithms – a very bleak one.

Related Post: What if we discovered the algorithm of thought?

What do you think about the era of algorithms as described above? Do you agree or disagree with my views? Let me know in the comments below! 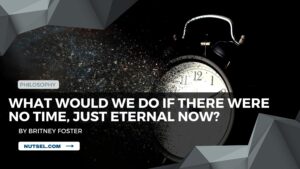 Next post What would we do if there exists no time, just eternal now?