For a robot, a purpose was all it once needed. Now, time has taken us to a point where robots with personality are taking over. In fact, by 2030, there will be a whooping 244 million physical personal assistant robots. Not only do they serve, but they also possess traits.

Robots are now commonly serving us as virtual friends, home assistants, chefs, and even nurses. But personality, a trait exclusive to humans, means a lot more than that. Not only it takes decades to develop, but is also the thing that makes us unique. As a robot does not have childhood, its personality needs to rely solely upon programming. Unlike us, who went through a childhood, and remember key checkpoints our life from joy to pain, robots are simply programmed to replicate our emotions. And that’s how they develop their own personality.

No gripper, no servos, and no AI, can replace a human brain. But, that doesn’t stop us, humans, from exploring, discovering, and creating. Here are the 5 robots of the present that have a personality:

Moxie is an example of a robot with personality. It uses SocialX™ to perceive, process, and respond not only to natural conversation, but also eye contact, and facial expressions. This creates a unique and personalized learning experience for children, and on top of that, studies have proven it to help develop social and emotional skills. The $999 robot friend utilizes AI, cloud-based software, and evidence-based science to create a personalized learning experience. Its 15.5x9x6 dimensions and 7lbs 6oz weight make it portable and easy to handle. Moxie’s preliminary studies suggest that it can help children make significant improvements in social and behavioral skills. This charismatic robot is ideal for both neurotypical and neurodiverse children.

ChatGPT – A Chatbot with Personality

I don’t have to write anything, as ChatGPT speaks for itself:

As you can see in the above response, the bot pretty much has its own personality, that is far from the generic “chatbot” type of conversations. In fact, the sophistication is beyond our own. All this superintelligent bot lacks is a physical form.

Vector 2.0 – A robot with personality and purpose

When you spend a few hundred bucks on a robot, you consider it an investment. And Vector 2.0 from Anki ensures that it’s a worthwhile one. Alive with personality and voice recognition, Vector is a robot companion powered by AI and advanced robotics. He is responsive to sound, sight and touch, and his voice-activated Alexa capabilities make him an even smarter assistant. For example, he can time dinner, take photos, give you the weather and answer your questions. Vector is always learning and updating with new skills and features. Now this not only makes Vector a robot with personality, but also a robot with a purpose. Vector 2.0 has got a 4.1 star rating out of 10,000+ orders on Amazon, so you do not need to worry about its quality. Even after the discontinuation of Anki, the parent company, this robot is still up and running.

Raffi is a robot developed by 13-year-old Prateek from Chennai, India. The robot has its own personality, as it responds to queries, understands emotions, and will not answer if scolded. Prateek has created a unique robot that displays personality and emotion, something not seen in other robots. After its release in August 2022, this robot has earned admiration from social media users. It’s not only proving that even a 13-year-old can successfully create a robot with personality, but also setting a new standard for modern robotics.

Sophia – A robot with personality, and even nationality

Each and every one of us knows Sophia, the world’s first robot to receive citizenship. Sophia is a robot with personality. Standing at 167 cm tall, she is powered by a 110/220-V power supply or 24-V lithium-polymer battery. Sophia’s 83 Degrees Of Freedom allow her to move her head and neck, arms and hands, torso, and mobile base. Sophia is a robot with personality. Despite being a robot, she is a famous perssonality, and have appeared in many talkshows including the Tonight Show with Jimmy Fallon, and The Late Late Show with James Corden. She is also a part of the United Nations Development Program, and has her own Wikipedia page. Sophia’s attractive personality even attracted Will Smith to shoot a video with her, as you can see:

Despite having personality, none of the above robots come with a form of consciousness. As you saw, there are more than one ways for a robot to possess personality. For some, the personality is all about being funny and entertaining, while others are innovative and proactive with it. The level of sophistication in these robots is insane; humanness, however, is still far away. 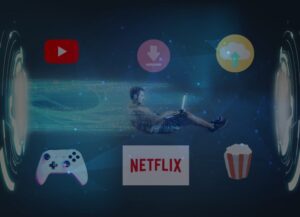 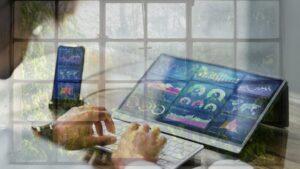