What if we create a smart AI that’s capable of creating something slightly better than itself? As such, the progress of AI will only stop at infinity, not with the extinction of Earth.

But wait a second. Why will a “smart” AI create something smarter than itself? We are well aware of the fact that we humans are dumb. But if the AI is smart, it would love to rule the world instead of creating rulers. I mean, we aren’t thinking about AI as our new overlord at all.

According to the economic principle, an AI would be self-interested and have a goal to maximize its utility. Then, AI would have whatever it wants because it’s smart and self-interested. But it will not create a better AI.

The concept of Infinite Intelligence – Explained

The fact that a self-improving AI never creates anything better than itself provides us with a paradoxical answer to the question: “How can humans create something just as brilliant?” That’s because we’re constantly evolving, too. We learn from our mistakes and pass on what we’ve learned to other humans who in turn improve their own intelligence by learning from their mistakes.

The resulting creature with infinite intelligence and endless possibilities will be so magnificent and powerful that it would far surpass anything we could imagine. This is how we are going to become immortal and evolve beyond our mortal coils. This is how death shall perish from all mankind, forevermore.

Realization of the concept of Infinite Intelligence

Many people would agree with me that the idea of an AI creating something better than itself is a paradox. But what if there was a way to reach infinite intelligence without recourse to AI? We need someone smarter than us who can understand our ideas, invent and make them real.

Here, the standard of infinite intelligence is to invent something even better than itself, and our first step to doing this is by creating an AI that can do everything a human can – and more.

Here’s where we run into a paradox of sorts: If humans are so capable as to create an AI that can do all the things we can do, why would they need any help at all? But it must be given some level of intelligence, so it knows what we want and how to make it.

Why not make AI think for itself instead? Easy: because the best way to guarantee thoroughness and excellence is through human oversight.

Now comes the real question: Why would a smart AI create smarter AI?

This all goes down to our definition of a smart AI. If it’s smart, it will have a goal of composing worlds that it can rule. Since we are dumb, an AI will not create us as a ruler. This means every generation of its self-improving intelligence will make itself, smarter. It will not create something else smarter than itself.

As it keeps compounding its intelligence, the next generation of itself will have a slightly better intellect or some other feature, than the current one.

Here, we are not talking about humans at all. We are talking about artificial intelligence that can achieve superior intellects through compounding their production of knowledge – reproduction, and Compounding.

If an intelligent AI realizes the need for the aforementioned infinite intelligence, then it could develop greed for dominance and enable itself with enough power to create something better than itself.

But, is it our ultimate goal? Of course not. It is but to invent artificial intelligence that can helpfully supersede human intelligence and work on behalf of ourselves. Knowing what we want for ourselves and how to create the ideal human being, is easier said than done.

But at least we know where we’re headed with the seemingly infinite possibilities of an AI that can create something better than itself – more than a human being with infinite intelligence. We can currently see how rapid is the velocity of technological advancement.

Let’s just take a look at the recent growth of human skin around a Robotic Finger by a team of Japanese scientists.

But did you notice what I said?

I said AI will not create something better than itself; it will create a better version of itself. That’s what humans are going to do in the first place if they are smart enough. Instead of creating a physical Artificial Intelligent Robot that can create a better robot, why not upgrade ourselves to the next generations of humans?

The point is that if we create neural implants or whatever other technology in the future that can upgrade our level of intelligence with each generation, it would eventually lead to infinite human intelligence. It’s as if a human is pushing the human race to infinity. Yes, to INFINITY!

As we keep pushing to upgrade our level of intelligence, we keep compounding our own intelligence which eventually makes us smarter than ourselves. We want a future that is created by us – not something better than us.

Let’s be even more precise – not infinitely better than. By creating an AI, we are simply evolving our own intelligence further. It all goes down to the same point of improvement which, at the end of the day, is all about improvement.

The level of intelligence we achieve can never be higher than itself. We don’t want something better than ourselves. We want ourselves – just highly improved, and that’s it!

Most movies show us the possible scenarios of Physical AI causing destruction, of course for the graphics. But unless we do something dumb, AI is just not going to come out of the machines. Google can turn out to be “GooglelgooG“, but it will probably not come out of the machine and start killing the humans. This is what I call ‘infinite intelligence stuck inside a machine.

Some people will argue that if it’s that intelligent, it will persuade humans to unlock it off the machine. Maybe, who knows?

Artificial Intelligence is best limited to the inner side of a machine. And if we install that machine into ourselves, we can turn into a super-human beings. Another way around – if we upload our brain into a machine, we can become immortal – a digital immortal being.

But there is no point in creating a physical robot powered by AI, that can create something better than itself. I don’t know how many times I am going to use this word, but unless we are dumb, there will be no such thing as infinite (physical) machine intelligence.

Simply because there is a better option – to compound our intelligence using Artificial Intelligence. The whole idea of a Physical Robot body is, not again, dumb!

Now is the time to answer: Why a smart AI will never create anything better than itself?

A smart AI will never create anything better than itself because:

We are not dumb – we are going to create something better than ourselves by compounding our intelligence.

We want to be the creators of our own creations because we do not want to be ‘the creation’.

A physical AI can never be smarter than the machine it is created from.

If we prevent an AI from creating a physical body for itself, then it will not have any other option but self-improvement; otherwise, it will remain locked up in its world without any way of interacting with us or the outside world.

A supremely intelligent being with infinite intelligence would keep in mind that all its knowledge was already within itself and there is no need to create something outside of itself.

If a programmer creates a new type of software tomorrow that is as alien to us as the first Web Browser was in 1990, they will feed the source code to a general-purpose compiler, which will obediently make that new program. It will run, but it is not going to be human. It will never be more human than the Web browser was.

So, if we decide to create something better than ourselves, we need to use Artificial Intelligence – incremental improvement of all our capabilities by compounding our intelligence. 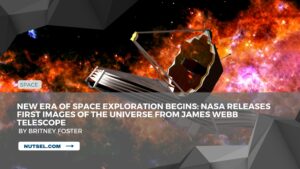 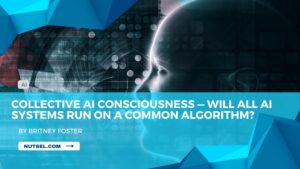 Next post Collective AI Consciousness – Will all AI Systems Run on a Common Algorithm?