Today, I was surfing Amazon and got to buy Angie, a drawing robot. The way Angie draws a picture using its robotic arm was incredible. My drawings are always awful, and so are the ones created by a robot with my command! Sandaisy’s video below should show the better of Angie:

There are more than 12 million robots among us, and drawing is definitely not among their top jobs. But the end goal of robotics is to combine Artificial Intelligence and physical robots. The combination’s weight, let’s say, is heavier than the sum of the two parts. And with the latest trend of using AI to generate art, I considered comparing Angie’s work with AI-generated art.

Drawing robots come with a kinematic structure. It not only allows them to draw with precision but also with a sense of style. For example, Angie can draw using various techniques like pointillism, shading, and outlining. Manufacturers program robots with algorithms to identify and interpret their environment. For a drawing robot, it would be to identify the shapes it needs to draw. Say, a robot can draw a perfect circle or a triangle. All in all, these robots are physical. Being physical means that they can have an impact on the environment.

Here are a few examples of robots that draw:

Angie is a great learning buddy for children aged 4 and up. I got easy, step-by-step instructions to solve puzzles and more. With three buttons–Scan, Next, and Repeat–I was able to become an “artist”. The package also comes with two pens, a charger, and over sixty drawing cards. What’s funny is that I didn’t read the description that Angie is for kids (it’s also for testing spelling and math skills). But believe me, despite being 26, I had as much fun as a kid. The drawing robot is a great gift to surprise your child.

The 4M Doodling Robot is a great drawing tool for any child looking to explore their creativity. With adjustable height and angle, you can create art without any special tools or knowledge required. This educational toy runs on one AA battery (not included) and is suitable for ages 8 and up. The kit includes parts, pens, and instructions to help get the robot up and running. Also, the vibration and spin of the robot’s motor help it doodle pictures, which makes it fun to watch.

A robot that draws 3D images is something that will take your creativity to the next level. The iDrawHome A3 Pen Plotter offers an amazing experience that requires some hands-on ability. It has an A3 working area, a high-precision 42 stepper motor, and 16 subdivision A4988 drive. This provides a 0.2mm positioning accuracy and 0.2mm XY movement accuracy, making it ideal for intricate drawings. It’s like almost assembled, with a guide to finish the whole assembly. In fact, this drawing robot can print direct input, drawing, or SVG JPG BMP PNG DXF files. It means that you can quickly print almost any graphics or text.

From the way MyHeritage AI Time Machine generates your ancestors, to DALL E 2 picturing your imagination. And from MidJourney-generated art winning an art competition to GPT-3 disrupting the art of content creation. Just leave alone Google’s Parti, a text-to-video generator Google is scared to release. AI-generated art has turned out to be the biggest trend of the decade. It’s more than just a robot drawing based on your simple commands! Here is how it’s different from a robot that draws:

AI-generated art possesses significantly more complex programming than that of a drawing robot. AI art generators can detect, analyze and interpret patterns. Programmers feed them with a set of data for that. The data is often in form of images and alt text i.e. descriptions. Furthermore, it uses that data to create unplanned art. The limits here are not the availability of data or the number of possibilities, but the practicality. For example, if you automate it, an AI art generator may keep on generating art pieces forever. Only the practicality is limited here. It is possible to create a lot of art pieces, but difficult to decide which one’s the best.

It’s clear that AI-generated art relies on algorithms and data sets. Yes, drawing robots, too, have algorithms. But the difference is in the level/intensity of programming. For example, a drawing robot is programmed with coordinates and commands to draw. It will keep drawing until it receives a stop command, like forever! Remember our previous article about robots with Artificial Intelligence? It should give you a better idea of this point.

b. Interaction with the Physical Environment

A drawing robot has the ability to interact with a physical environment. On the other hand, an AI art generator can draw only within the parameters of its code. The AI art generator can not come out of the device; it’s only the output that you may print. And that too, as 2D art on paper, is barely physical. Drawing robots have become advanced, and are already printing 3D things, like the iDrawHome’s A3 robot does to an extent. On top of that, 3D printers, themselves, are considered to be a form of robots (and they draw objects).

One way to compare AI-generated art with drawing robots is by comparing sports with gaming. However, this method asks for controversy, due to its subjective nature. Let’s say, playing a game and playing a physical sport share some similarities. They each have rules, and goals, and require a certain degree of skill. Yet, the physical nature of playing a sport gives it an edge. But it’s all about the primary form of something. Physical sports have existed for centuries, while gaming is relatively new, making physical sports superior. However, when it comes to AI and Robotics, things change. Because programming language, which didn’t have any physical forms, has been around for longer than robots. As such, the primary/default form of AI is not physical, but digital.

A Mixture of a Drawing Robot and AI-Generated Art

The combination of the AI art generators’ limitlessness, and the physical nature of robots make an interesting hybrid. As of now, AI is already capable of generating everything. Courtesy of OpenAI, the public got to know that a superhuman AI content generator, the level of GPT-3 can exist. And it doesn’t just stop there. We are all familiar with how human these AI-generated contents are; let it be images, text, or audio. Humanity has already deployed a human-like AI in digital form, and it’s only 2023. Humans are challenging Terminator’s prediction in every possible way, and 2045 now seems to be too far.

Now comes the interesting part, the mixture, which involves two main steps, and then, 3-D printing.

Automating AI-generated content is not an enormously difficult task. In fact, if nothing works, just create a robot that automatically presses buttons and creates art. Yes, that’s not the smartest way to go about it. A much better and smarter approach is by using robots that can read an AI’s output and draw it in real time. One way or the other, automation is not tough, and we can definitely manage it.

b. Deploying the power of AI generators to a physical machine

This step is now the only obstacle that is coming between us and our robot-generated art. We need to figure out how to take the AI’s output and transfer it to a physical machine. This is where the difficult part comes in. We need to figure out how to combine the output of an AI with a robot and make it draw the art autonomously. There are many reasons why it’s tough. For example, the AI’s output might be too complex for a robot to interpret, or the robot might not have the precision needed to draw the art accurately. Furthermore, it might take a long time to transfer the AI’s output to the robot.

Again, this step is not as difficult as the step 2. Once the robot is able to draw the art correctly, it can be 3-D printed. We all know 3-D printing is already advanced, and it is becoming more accessible to everyone.

Art indeed is lovable, but AI-generated art is here to stay. A robot that draws, such as Angie, offers an interesting comparison; it does create cute drawings. But such robots may lack the diversity and complexity of AI-generated art. The best way around this is to combine the two, combining the creativity of the robot artist with the precision of AI-generated art. Feeding the drawing robot with complex generative models, it can draw something unique, beautiful, and physical. 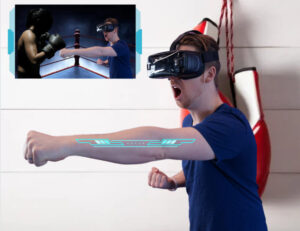 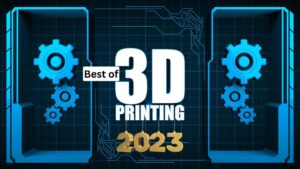