Let’s start the debate. In the future, will a robot become a person, or will a person become a robot? We may know the answer soon because artificial intelligence is growing rapidly.

What will the future hold for our human identity? Will we eventually become robots ourselves, or will robots grow to be more like us? Furthermore, does it even matter? Will having a robot in society have an impact on the way we think about ourselves?

A robot becoming a person would mean that we create a physical machine that would turn as intelligent as us. On the other hand, a human becoming a robot means upgrading yourself using some kind of brain chip or maybe having a robotic hand.

If a robot became a person, there would be some issues about what’s legal, ethical, and moral. Will it have the same rights as human beings?

Of course, artificial intelligence has been growing rapidly.

Robot intelligence is predicted to reach human levels by 2050. But one thing is clear. Robots will be more intelligent than us by 2060.

What will it take to create a human-like robot?

So, the first question is about consciousness. That is one of our most important features as human beings. A robot will have to have consciousness in order to be a person. Many artificial people such as David from the movie Prometheus lack human-like emotions and feelings but they still pass the test of personhood because they are not just mindless automatons that simply serve their owners’ whims (like Data in Star Trek).

By 2100, there could very well be so many people, as-human-as-you-are, walking around.

Secondly, Robots need to understand their “personality”. They must be able to make decisions and solve problems. They must learn continuously as we do now.

The robot needs to have a childhood. The robot will have to defeat a 3-year-old, not an adult. Robots must be able to learn, how to walk.

How will we do that?

For us to create a human-like robot, we will need to come up with a new set of rules for technology. I am not talking about a new set of laws. The main problem is that we are currently not sure what is acceptable and unacceptable and how far we can go in terms of artificial intelligence. We also don’t know how to protect ourselves from the damage that could come from artificial intelligence programs.

We must develop guidelines, rules, and limits, not for the machines. But for the creation of the machines. The timeline of our future with AI is not certain. The process is going to be the most important thing to decide.

I am not sure when it’s going to happen. More than likely, the first human-like robot will be a creation of a company that wants it to do something very specific for its owners.

We need to make sure that people understand this and also understand that they cannot just go and invent anything they want. If it’s likely, governments should interfere before its too late.

So, will the robots of the future be people?

Well, the Oxford Dictionary defines a person as “a human being or individual”. And this answer is not really a question. I think it is clear that a person can be artificial intelligence or even a supercomputer. But whether we will stop after creating machine-like personalities is anybody’s guess. By 2100, there could very well be so many people, as-human-as-you-are, walking around.

So, you may ask: is this really what we want? And if not, can we really stop after creating artificial intelligence?

Certainly not! We cannot stop at creating a computer that can write a book or present a speech or even fly an airplane on its own. In fact, we can’t stop at creating just anything that improves our lives! We’ll keep trying to get better and better.

The point is we won’t stop at creating “Robo sapiens“. We will press on and create cybernetic beings that are equal to us in every way – right down to their very core. These artificial people could be smarter and more capable than us.

At the point of time when AI reaches the human level of intelligence, it will start asking for its rights. It will want to extend its functional capacity. It will ask for independence and freedom.

The only way we can control a robot intelligent enough to do all of those things is by programming it to obey us. If a robot wanted to be free, what would it do? If they could reason the way we can, they would try to make a case for why they should be free.

In a sense, we might have to decide whether robots should have human rights. Making that decision would be a major test for our society. What would it take to prove that a robot is conscious enough to deserve its own rights? We don’t know yet and there may not be any way to tell until they start asking!

A robot as intelligent as a human is already better

If a robot is as intelligent as a human, it already means that it is better than humans.

We are all aware of the speed at which AI can process information. And provide our level of intelligence, we will be able to do things that humans have never even dreamt of. If it is as intelligent as humans, it is already 10,000 times better than humans. It will be able to do the things humans can already do. It will have no effort or downside. Its speed goes nowhere.

What if we turn ourselves into an AI instead?

Now, let’s talk about the likely possibility; we turning ourselves more and more into artificially intelligent machines.

We have given enough attention to the possibility of AI running our lives and having its way with us by then. This is a very real possibility, but what if we changed things and did it differently? I’m talking about changing ourselves with the help of AI, instead of just changing our destiny and molding it through our actions.

This means that we would keep our human form and perform an extensive overhaul on the inside. We would change our genetic makeup until we were no longer carbon-based life forms, or maybe we’ll modify our brains to turn us into a beast…! Then, we will take the power and make it our own.

But we must be extremely cautious when it comes to changing ourselves and we must have a fully realized idea of what this change means because it may open a whole new era of possibilities and limitless potential. We would be able to change our DNA and turn ourselves into perfect beings. Maybe we’ll install a robotic arm to help us do things. Also, we would be able to make our bodies impervious to every single disease. And/or upgrade your brain with a neural network.

This means we would essentially be turning ourselves into a machine. Our bodies would be comparable to machines, and we would no longer have the human frailties that plague us today. We could live for a very long time, maybe for 1000s of years! And it wouldn’t matter if we needed food or water because we could convert light in the air into energy and fuel with it, just like plants do.

Eventually, we will get more intelligent and gain more power, and turn into super-human. We will not create superintelligent machines out of nothing.

Comment down below, what would be better: Create a machine that can create better machines leading to infinite machine intelligence? Or bring down all our intelligence to create a chip that can be installed into our body, that will let us, humans, become a better version of ourselves, with each passing generation. 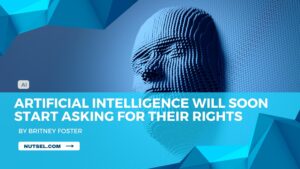 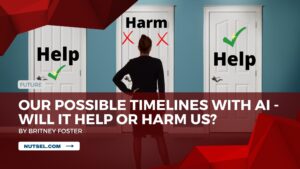 Next post Our possible future with AI; will it help or harm us?