Giving a robot the ability to learn like a human baby is a dreamy task. However, it is possible to create a robot that could learn in a similar way to a human baby. Here are some steps that could be taken in order to create such a robot.

Firstly, the robot would need to be equipped with sensors. These sensors would allow the robot to gather information about its surroundings.

The robot would then need to be able to process this information in a way that is similar to how the human brain processes information. This would entail developing algorithms that would allow the robot to make sense of the data it is receiving.

The next step would be to create a system that would enable the robot to store this information. This system would need to be similar to the way the human brain stores information.

Once the robot has a way of storing information, it would then need to be able to retrieve this information when required. This would also involve creating algorithms that would enable the robot to access the information it has stored.

The final step would be to create a way for the robot to learn from its experiences. This, as well, would involve creating algorithms that would enable the robot to modify its behavior based on the information it has gathered.

The complexity of creating a human baby-like robot

One thing that we need to take care of would be that the process can not happen suddenly. And that’s where it gets confusing. Unlike us, robots will not have a real perception of time. Therefore, it is difficult to define their time and aging, in particular.

By following these steps, we can create a robot that is able to learn in a similar way to a human baby. However, it should be noted that this is a too complex task and it may take many years to achieve.

It is really difficult to create a robot that equals a human baby in many ways. One way is that a baby gets birth with the ability to learn and adapt to its environment. On the other hand, we must program a robot with this ability.

All of these abilities are difficult to replicate in a robot. And as such, creating a robot that equals a human baby is a difficult task.

However, it is not impossible, and as technology advances, it is likely that robots will become increasingly human-like in their abilities.

How revolutionary would it be?

This is the future of robotics, where machines will not only be able to replicate our physical abilities but also our cognitive and emotional ones.

In many ways, a robot that equals a human baby would be revolutionary. For one, it would completely change how we think about and interact with machines. No longer would they be simple tools or servants, but potential equals or even companions.

This would have profound implications for society as a whole. It would force us to reconsider what it means to be human and what rights, if any, we should extend to robots. It would also raise questions about the role of parents and how to best raise a child that is not fully human.

Of course, all of this is still in the future. But as robots continue to become more and more advanced, it is not hard to imagine a day when they are indistinguishable from human babies. And when that day comes, it will be truly revolutionary. 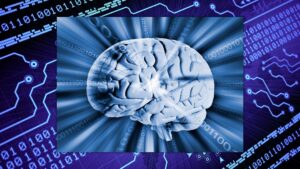 Previous post Does our brain run binary codes, hosts universes?
Next post Human-AI Hybrid Doctors: The Present and the Future