A treadmill made for Virtual Reality does not have the same function as a regular one. A person using a VR treadmill can control their speed and direction in the game by walking or running on the machine. Some VR treadmills are made for 360 degree movements, while some are for moving forward or backward. The machine itself is not motorized.

Using treadmill can be a tiring virtual reality experience, and gets you closer to your tiring real life. Casual gamers who use VR just to take a break from the real life often prefer to use a controller instead. There is no right or wrong way to play VR games. However, there is something called a degree of immersion. And that’s why VR treadmills exist in the first place.

Again, remember the purpose of VR. It’s to create an immersive experience that makes you feel like you’re inside the game. And the ultimate goal of VR is to take the immersion into next level. But how? The very primary requirement for that is body movement. And that is only possible with a VR treadmill.

Now that we know the purpose of a VR treadmill, let’s talk about its features:

Why Virtual Reality Treadmills over a normal Treadmill?

A treadmill is just a piece of fitness equipment that you use to walk or run. A VR treadmill gives you the ability to control your speed and direction, which makes it a lot more fun and exciting. And guess what, some VR treadmills are less expensive than a normal old treadmill. Among a ton of other reasons, that’s why a lot of people are choosing VR treadmills over a traditional one. And yeah, it’s better than just walking. Treadmills are already a form of Virtual walk. There is no single reason to not have a VR Treadmill.

However, you should take precautions while using one. For example, people with heart conditions should not use a VR treadmill. VR treadmills can get you confused with the real world. While this does not seem to be that big of a problem, super-realistic VR graphics can still create some serious issues. For example, using VR treadmill, you might think you are about to hit a wall and try to avoid it. But, in reality, you might just crash into the wall and hurt yourself.

The average size of a treadmill is around 64 inches long and 28 inches wide. Virtual reality treadmills are generally similar in length, but broader.

The average price of a Virtual Reality treadmill is $2,000. There are different types of VR treadmills, and we have selected best of each type.

The Skywin VR Mat is a product designed to increase comfort and safety while playing virtual reality (VR) games. The mat is made of a soft, anti-fatigue material that cushions the feet and reduces fatigue. It also has a non-slip surface to prevent slipping and sliding. The mat also features embossed shapes at the front to help determine direction.

2. Who this product is for

This product is for those in budget, who want to increase their comfort and safety while playing VR games.

3. Who this product is not for

Skywin VR Mat is not for people who do not want to spend money on a VR mat. Also, it is not for those expecting a complete walking experience while playing VR games.

The Skywin VR Mat is fairly priced at $68. It is a well-made product that offers a lot of value. Not only because of its comfort and safety features, but also because it can help you stay centered and balanced in the game.

– Cushions the feet and reduces fatigue

The diameter of the mat could be larger. Something like 41″ would be more comfortable for most people.

You don’t need to own a VR headset or a treadmill to play. Virtuix’s Omni VR arenas provide stations for players to come in and enjoy the experience. They are distributed throughout the United States. You can also compete for a chance to win money. The pro of Virtuix’s VR arenas is that it that it is affordable to use – you don’t have to buy a big whole VR treadmill. The con is that you have to go to one of their locations to play.

Recommended Read: What if you fall asleep inside Virtual Reality(VR)?

Infinadeck isn’t available for everyone just yet. But its features are quite impressive.

According to Ken Bossung, the CEO of infinadeck, the company has sold units to the US Army, US Navy, US Air Force, Food and Drug Administration (FDA), and large medical facilities. The clients are in Europe, The US, and in Australia. The main advantage of the Infinadeck is that it offers true natural locomotion. With it, you can walk like in real life to walk in VR. Making it available to the general public has been the goal of the company since day one, and they are getting closer to it. The current version of the Infinadeck is big, heavy, and far from being affordable.

Octonic VR is a virtual reality fitness software that allows you to workout in various virtual worlds. This software creates a simulation for a perfect virtual reality treadmill setup. It is compatible with Oculus / Meta Quest 2 VR headsets and most fitness treadmills. Octonic VR smart software consists of a VR Motion Engine and a VR Content Library. You can choose between multiple paths and control your speed and how far you go. For people who want to add some excitement and destination to their treadmill workouts, Octonic VR is a great option.

To be more specific,

Octonic VR is perfect for those who:

Octonic VR is not for those who:

Although Oculus / Meta Quest 2 is the recommended requirement, any mobile VR headset that delivers high performance and comfort should work with Octonic VR software.

The KAT Walk C 2 is a 2nd-generation personal VR treadmill that is designed to unlock all physical actions in free locomotion games across different platforms. It provides 360 degrees of infinite and natural movement in VR from a single spot, and enables the missing ways of intuitive human-VR interactions. The C2 is designed to fit right into your gaming cave and become a central point of your VR experience. The VIrtual Reality Treadmill also has 1:1 real time locomotion control. It means that your in-game avatar will move exactly the same way that you do in real life.

However, this Treadmill is not for those who are not interested in VR or who do not want to invest in a VR treadmill. Yes, it means that if you want to buy a VR treadmill, this is the one to choose. It is affordable in terms of price. Furthermore, it is available for purchase right now, and in countries including the USA, Germany, Austria, Denmark, Sweden, and Finland. If you are not from any of these countries, you can contact them for price and time estimations.

The next time you are looking to buy a VR setup, consider a VR treadmill. It’s definitely worth it. In fact, it is worth buying a cheaper VR headset to save for a better treadmill. 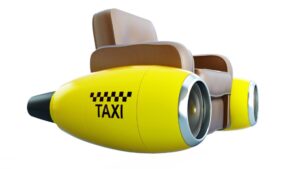