Online typing speed tests could do harm to you. They could make you think you’re a worse typist than you are. In fact, most of the time, your typing speed is just fine. People who type fast don’t necessarily make fewer mistakes. It’s not that online typing speed tests do not measure accuracy, they do. However, the problem is that the testing environment is not natural. Therefore, the accuracy of the environment to measure WPM, or that to measure the typing accuracy itself, is low.

Many people are addicted to online typing speed tests. They can become obsessed with their typing speed and accuracy. They can start to feel anxious about their typing skills. Each time you take a new test, you may want to improve your previous results. Furthermore, most online typing test platforms put average WPMs and accuracy histograms to lure you in and take the test. The thing is, you don’t need to know how you compare to others, especially when it comes to typing.

Any time you spend on such a typing speed test is time wasted. You will not get any better at typing by taking these tests. In fact, you will just get frustrated and think you’re not good enough. It is better to prevent yourself from online typing test addiction in the first place. Also, repetitive typing can cause RSI (repetitive strain injuries). Typing for no reason i.e. taking typing speed tests online is unworthy for other various reasons too.

Gaming, to an extent, is productive. It can improve your eye-hand coordination. Furthermore, gaming teaches you teamwork, a key to success in any career. Social media is not the best place to stay. However, if used in moderation, they can be okay. But typing speed tests are a complete waste of time. And, they are worse than gaming and social media. Unlike the other two, online typing speed tests do not have many benefits other than to show you how fast you are at copying the given text.

Online typing tests are inaccurate for a variety of reasons. It could be the test itself, your computer, or your internet connection. However, here are the heavy reasons behind their inaccuracy:

1. Keyboard matters a lot in an online typing speed test

The physical keyboard you’re using affects your typing speed. If you’re using a laptop with a small keyboard, you’re naturally going to type slower than someone using a full-size desktop keyboard. And if the “full-sized” keyboard is one of those ergonomic ones with the split layout, you might even type slower than the person with the small laptop keyboard. In simpler terms, the keyboard needs to be good in order to type faster and more accurately. No two persons in this world have the same keyboards. Therefore, the stats on those websites do lie, and you are competing with ghosts.

In a typing speed test, you have to type within a given time limit. This time limit puts a lot of pressure on the test-takers and as a result, they make more mistakes. In the real world, you don’t have to type within an artificial time limit, and therefore, you can take your time to type accurately. According to research, online speed test takers seldom care about accuracy and they only focus on typing as fast as they can which is not a good thing. That’s all thanks to the countdown clock that has a set time limit.

4. Copying does not help

In a typing speed test, you are usually asked to type a given text. This text is usually very short and it’s not something that you would type in the real world. As a result, you can’t really learn anything from taking such a test. In the real world, you would be typing different texts all the time, and therefore, you need to be able to touch-type quickly and accurately without looking at the keyboard.

5. Typing speed tests do not improve your typing quality

Remember, typing can come up in many ways, more than just copying a text with little edits. And online typing test never improves your writing quality. Rather, it significantly hampers it. For example, after taking the test, you might start to focus on your typing speed rather than the content you are trying to communicate. This can lead to more errors and less clarity in your writing.

Last but not least, there are always people who are trying to cheat in such tests. They might use different online programs or even hardware to type faster. This means that the results of the tests are not accurate and you should not trust them. Most of the cheaters are AI-powered bots.

How to get better at typing?

The only way to get better at typing is to practice. A good way to improve your typing speed is to use a typing program that will give you feedback on your progress. You can do that by typing for at least 10 minutes a day. But, don’t worry about your speed. Just focus on accuracy. As you practice, your speed will improve. If you are feeling like your keyboard is causing inaccuracies or unnaturally slowing your typing speed, do consider buying a new one. But, not in order to take a typing speed test online and beat others.

Well, it is relative. There are factors that affect your typing speed, as we already discussed. A typing speed of 60 WPM is above average. But nobody is going to give you a prize for being above average at typing, are they? Typing faster when it counts, however, is a good ability to have. Because as you are doing something, it allows you to do more in less time.

How to evaluate your typing speed instead?

Instead of taking typing tests online, where you have to copy text, a better way to measure your typing speed is to choose a blog title, look at the clock, complete writing the article, count the words you have written, and count the time that has elapsed. Dividing the elapsed minutes with the total words you have written is the best way to measure your typing speed.

Writing a blog post is a better measure of your typing skills because you can type at your own pace, without feeling pressured to finish within a certain time limit. And, you can edit your work as you go, which is not possible when taking a typing test. If you are writing a research or work document, you can also test your speed by timing yourself as you type.

Is a typing certificate worth it?

When you are looking to improve your typing skills, take some time to focus on your posture, the position of your hands on the keyboard, and how you are using your fingers to type. With some practice, you will be able to increase your writing quality. Typing speed and accuracy will increase naturally over time, regardless of whether or not you frequently examine them online. 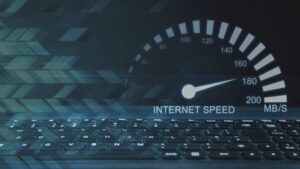 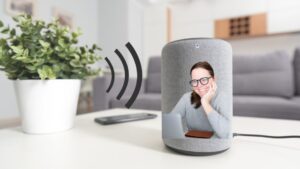