If we look at the 20-year leap from Nokia to the present day and predict the future of smartphones based on that, we can see that in the next 20 years, nothing could surprise us. They’ve gotten so good, so fast.

We normally expect smartphones to be more powerful than ever before, with better processors, more memory and storage, and better battery life. They will also be more sophisticated, with features like augmented reality, artificial intelligence, and 5G connectivity.

We will also see more customization options, as manufacturers continue to experiment with new materials, colors, and finishes. And we can expect more innovative features, such as foldable screens, in-display fingerprint scanners, and pop-up cameras.

So this is what the future holds for smartphones. Here are the 6 features we can expect to see in future smartphones:

Here are some examples of how augmented reality will be used in future smartphones:

Yes, yes, we know. Holograms have been used in smartphones for years now. But those were just basic, two-dimensional shapes that were used for AR gaming or for a short marketing video. The potential for holograms to change the smartphone industry is much, much greater than that. And it all starts with the display. The display is the most important part of any smartphone. It’s the window into the device’s soul if you will. And right now, the display technology used in smartphones is incredibly primitive. It’s essentially the same technology that was used in cathode ray tube (CRT) TVs, invented by the German scientist Karl Ferdinand Braun in 1897. That’s not to say that it isn’t good enough for most people. But it is far from ideal. The actual benefits of hologram smartphone displays include:

The first major advantage of holograms is their higher resolutions. Traditional displays are limited by the number of pixels they can pack into a given area. Hologramic displays, on the other hand, are not limited by this. They can pack an infinite number of pixels into a given area, resulting in resolutions that are orders of magnitude higher than what is possible with traditional displays. Currently, the highest resolution 65-inch and 32-inch displays from Looking Glass Factory both take 8K input and can spatially direct nearly 100 million subpixel points of light to produce 100 different “views.” It means that there are just 33,177,600 pixel groups in an 8K resolution, which is comprised only of 7,680 horizontal and 4,320 vertical pixels.

One of the advantages is that their wider color gamuts are often overlooked. Traditional displays are limited by the number of colors they can reproduce. Hologramic displays, on the other hand, are not limited by this. They can reproduce a much wider range of colors, resulting in more realistic and lifelike images.

Traditional displays are limited by the amount of space they require. Hologramic displays, on the other hand, are not limited by this. They can be made much thinner and lighter, resulting in smaller and more portable smartphones.

Traditional displays are also limited by their fragility. Hologramic displays, on the other hand, are not limited by this.

But what if we could build a smartphone that was not limited by classical physics? This is where quantum computing comes in. Quantum computing is based on the principles of quantum mechanics, which are, in turn, based on the weird and wonderful world of subatomic particles.

This will have a number of advantages. For one thing, it will mean that your smartphone will be able to do more complex tasks, such as recognizing face patterns and decoding your thoughts based on them. For each thought, we give away some facial expressions. Only AI would be able to detect it, of course.

Turning the previous quantum “up” into a spike, let’s talk about something less futuristic, more possible. Flexibility. This is not a new concept. We’ve had flexible displays for over a decade now. But the technology has been lagging behind the potential. But that is all changing now.

The way we use our phones is changing. We are using them more as personal assistants and for tasks that require more than just a simple tap or swipe. We are using them for tasks that require a lot of input and output. That means we need displays that can show us more than just a few lines of text. We need displays that can show us pictures, videos, and other information in a way that is easy to understand.

The current trend is for larger displays, for example, that of the Galaxy Z Fold 4, a foldable that opens up to reveal an expansive 7.6-inch display. But there are limits to how large a phone can be before it becomes uncomfortable to hold. That’s where flexible displays come in. With a flexible display, a phone can be any size and shape. It can be as large as a tablet or as small as a credit card. And because the display is flexible, it can be rolled up or even folded in half.

This is something very few people talk about. No, it’s not about lowering data charges. It’s all about privacy.

We all know how our data is tracked and used by Google, Facebook, and other online companies. They use it to sell ads, improve their products, and more. But what if we could use the Internet without these companies knowing what we’re doing? That’s where offline Internet comes in.

In the future, smartphones will have the ability to use the Internet without connecting to a Wi-Fi network or using a cellular data connection. This will be possible because of new technologies that allow devices to communicate with each other without the need for a central server.

What this means is that our data will be more private. We’ll be able to use apps and websites without the fear of our data being collected and used by companies.

Offline Internet is a great idea, and it will become more important in the future as we become more reliant on our smartphones.

6) Smartphone AI that actually comes out

Imagine an AI built-in your smartphone that detects your mood and plays a piece of music based on your current emotional state. But how? Well, AI loves patterns. In fact, the future of AI relies on its ability to collect, analyze, and reanalyzed, reanalyze data to find the hidden patterns that predict human behavior. And it’s not just because AI can analyze patterns in your behavior, but because it can also detect patterns in the music itself.

So, when you get a call from your AI, it not only knows your number, but it also knows your voice, your face, your mood, heartbeat, facial expressions per each thought, and many other data points. Key to this pattern detection is the ability to identify the micro-expressions, which can exist in any form, that people make that reveal what they’re really feeling.

The main point here is AI, which can detect your mood, and act or give suggestions based on that, would be great. Imagine a phone that can not only read your mind, but also give you personalized recommendations on what to do, where to go, and what to buy. This is the power of AI, and it’s something that will be used in future smartphones to make them even more useful and convenient.

Looking back on the past decade of smartphone innovation, it’s amazing to see how much has changed. But looking ahead, it’s even more exciting to imagine all the new features we might see in future smartphones. We can expect smartphones to get even more powerful, with faster processors and more advanced artificial intelligence. Lastly and most excitingly, we can expect to see new and innovative features that we can’t even imagine today. So whatever the future holds for smartphones, there is only one thing that is for sure: they’re going to keep getting better and better. 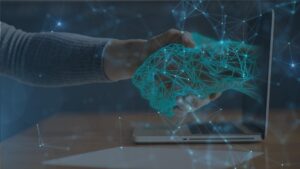