Learning new skills in Virtual Reality disrupts traditional learning. No, we are not talking about the formal education system, but everyday skills too. When people (of any age) put on a VR headset, they are likely to learn new skills faster. In fact, users learn up to 4x faster in VR, and retain up to 65% more knowledge than “reading”, and 70% more than “lectures”. Not only that, VR is cost-effective, interactive, and engaging. And on top of that, those who learned new skills through VR are 275% more likely to implement those skills. And I probably don’t need to mention the importance of applying your knowledge!

1. Choose Skill: Decide which skill to learn. Your goal should be to find something that interests you. If a person finds a subject attractive, they are 35% more likely to learn it. In VR, you can learn almost anything from fixing a car engine to cooking a meal. Yes, I understand that everything is interesting in VR. Just choose the skill that interests your learning gut the most!

2. Find VR App: Look for a VR app to practice the skill. For example, to practice running on a treadmill, you can use a VR fitness app like FitXR. One thing to remember is that the app should be compatible with your VR hardware. Like, if you have a PSVR, make sure you choose a VR app designed for it. Apps for PSVR have a logo icon of it. Smartphone users can always use Google Cardboard or Samsung Gear VR.

3. Practice: Now, put on the headset and start practicing. You can practice at your own pace and repeat the steps until you master the skill. You can also pause and resume the session if you want to take a break.

5. Refine: Refine the skill and practice until mastery.

6. Repeat: Repeat the process until the skill is mastered.

7. Monitor Progress: Monitor your progress to see how well you are learning the skill. Some VR apps have in-built analytics that shows your progress. Also, you can use other tracking tools to have a better overview of your performance.

Any skill, to any extent, unless it is a formal education system, can be learned for free, in theory. But, in practice, learning is not always that easy. Without a structured and engaging environment, it can be difficult to stay motivated and learn effectively. Virtual Reality changes that. The way it makes practicing a skill more engaging, motivating and immersive, makes it a better option than traditional ways:

Yes, you can use YouTube to learn new skills, just like most internet users. Youtube indeed is free; however, it is static and passive too. According to a study we conducted, 83% preferred VR over YouTube, as a supplement to learning new skills. Yes, it’s a fact that 86% of viewers do find YouTube videos to be effective for learning. But they just don’t know what they’re missing by not using VR for learning a new skill! Okay, just take a YouTube video that lasts for an hour, and compare it with a VR session of the same duration. Unlike YouTube, VR enables learners to interact with 3D objects and environments. Time simply moves differently in virtual reality. And yeah, we can not include YouTube’s “play in VR” option in what we are calling “VR” here. That’s because YouTube videos are not VR-optimized in the first place.

A Search Engine can be a lot of text, images, and videos. Though it is better than textbooks, it can still be boring and ineffective. For one thing, the internet consists of too much misinformation; so much that 80% of US adults have consumed fake news. Furthermore, the web is often unhelpful to learn and employ new skills. For example, a help article from WikiHow may show you some diagrams of a guitar, but it can’t offer you what it feels like to actually play the guitar. Current VR tech including haptic feedback, touch, and spatial sound, allows learners not only to visualize the process but also to “feel” it. Now, this really means a lot. For example, a learner can practice the skill of playing guitar in VR, and “feel” the strings with a VR controller. This kind of immersive and interactive learning is simply not possible in web-based learning.

Textbooks are boring. Especially for kids aged 8-13, can be dull and lifeless. It’s a norm that kids (17 or under) don’t find textbooks interesting. For instance, as many as 33% of high school students plan to never read books again after they graduate. The numbers are actually concerning. A science textbook explaining kinematics may ask you to visualize the motion of a car in your brain. But VR, instead of just asking you to imagine, actually puts you in the driver’s seat. You experience the same motion, which makes learning new skills more effective and fun. Textbooks are not only uninteresting but also ineffective if we compare them with VR. In fact, a study conducted by BMC Medical Education found that students learning anatomy with VR scored 23% higher than those who used textbooks.

There is one school of thought that says that VR replaces the necessity of courses as a whole. In VR, you can learn while playing, and it does mean a lot. For example, virtual reality can help you learn a new language by playing a game or learn a new skill by interacting with a virtual environment. Such skills may include playing cooking games, electronics repairing challenges, and so on.

But for now, it is clear that VR alone is not enough to master a skill or knowledge. Courses are still essential for achieving the desired goal. And VR courses, which are “a thing” by now, are the way to go. Here are comparisons of VR vs online and offline skill-learning courses:

Below are the average hourly costs of learning skills for a beginner. The costs are of hiring a private teacher (something closer to what you would get with VR):

VR courses are a lot cheaper than that because they do not require a physical space or instructor. On average, a VR course is about 2-3 times cheaper than a traditional course overall. Of course, VR courses are not to be taken as a complete replacement when it comes to driving or music lessons, etc. After all, you are living in the “real” world, aren’t you? What VR does provide is a great supplemental tool, helping speed up the process to learn new skills.

Learning, as we all know, is all about exploration and experimentation. VR’s way of creating virtual environments makes it a great tool for acquiring new skills, not only because it’s fun but also because you get paid for it in form of effectiveness and time. But still, your tendency to replicate the skill you’ve learned in VR, in the real world, is the key. 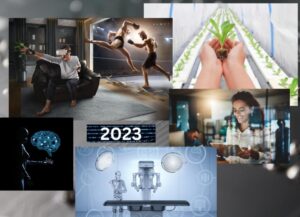 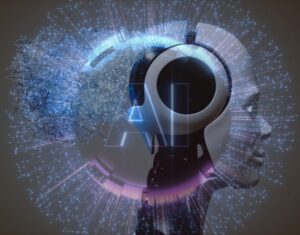 Next post A Robot that Draws vs AI-Generated Art