Statistically, a flying robot has a much higher chance of succeeding in its mission than a ground robot. 42,000 feet is the current approved limit for most air vehicles. With the ability to fly, a robot can more easily avoid obstacles, travel long distances, and reach high places.

Dividing the labor of a mission between ground and flying robots can be an effective way to use each type of robot to its strengths. For example, a search-and-rescue team might use a ground robot to search an area for survivors, while a flying robot equipped with a loudspeaker could be used to call out to survivors and direct them to the ground robot.

Here are the 5 different types of flying robots:

Gas balloon: A gas balloon robot is filled with a lighter-than-air gas, such as helium. Gas balloons are typically made of latex or mylar and can be filled with a variety of gases, including hydrogen, helium, and methane.

Hybrid balloon: A hybrid balloon robot is a combination of hot air and a gas balloon. These are relatively new technology and are typically helpful for long-duration flights.

As the name suggests, a flying air balloon robot is one that flies using one or more air balloons. Your average birthday party balloon is not going to cut it though; these balloons are much bigger. Like, really big.

They are a type of flying robot that uses one or more gas-filled balloons to stay afloat. Airships are made for leisure and sporting activities, but can also be used for military and commercial applications.

Zeppelin: A zeppelin is a type of airship that has a rigid frame and a non-rigid envelope. Zeppelins were first used commercially in the early 20th century and were the largest type of airship ever built.

Blimp: A blimp is a type of airship that has a non-rigid envelope and no rigid frame. They are smaller than zeppelins and are typically used for advertising and sporting events.

Dirigible: A dirigible has a rigid frame and a semi-rigid envelope. Dirigibles are smaller than blimps and are typically used for military and scientific applications.

Airplane robots are exactly what they sound like: airplanes. yes, but it has types.

Tilt-rotor airplane: A tilt-rotor airplane robot has rotors that can tilt from a vertical to a horizontal position, allowing it to take off and land like a helicopter but fly like an airplane. The relatively-new technology is typically used for military applications.

One abstract possibility for autonomous vehicles is one that does not need any kind of connection with any external human or AI system, can completely fly and navigate on its own, and contains programmed free will. While the definition of “autonomous” does limit it to be called so, it’s still possible. In the future, it is possible that autonomous flying robots will be able to fly in formation, collaborate on tasks, and autonomously make decisions in real-time.

Drones are perhaps the most well-known type of flying robot. They come in all shapes and sizes, from large military drones to small consumer drones.

Single-rotor drone: A single-rotor drone is a drone with only one rotor. They are generally larger than other drones. Plus, they use gas engines instead of batteries and can lift some decent weights.

A quadcopter is a type of multi-rotor drone that has four rotors. The quadcopter’s agility is pretty good.

A hexacopter is a type of quadcopter that has six rotors. If you need something that is more stable, a hexacopter should be a good choice.

An unmanned aerial vehicle (UAV) is a type of aircraft that has no cockpit, hence no pilot. A remotely piloted vehicle (RPV) is a type of UAV that is piloted by a human operator from a remote location. UAVs are used in the military.

Gliders are a type of flying robot that does not have any motors or engines. Instead, gliders rely on the wind or other forms of propulsion, such as being launched from a catapult, to stay in the air. Gliders are typically used for leisure and sporting activities, but can also be used for military applications, such as surveillance.

Flex-wing glider: A flex-wing glider is a glider with wings that are flexible and can change shape. They are less common than rigid-wing gliders and are used for military applications, such as surveillance.

Delta-wing glider: This type of glider has wings that are shaped like a triangle. 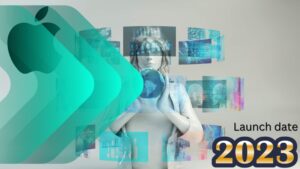 Next post When Will Apple’s Mixed Reality Headset Launch?