Militarized robots are not able to fight the war for us. They cannot replace human soldiers. War is a complex and chaotic undertaking. In fact, the conditions of war are ever-changing. It is an intensely human endeavor.

Militarized robots cannot make the same split-second decisions as humans. They are not able to process the same amount of information in the same way humans can. They cannot adapt to ever-changing conditions. Furthermore, current robots lack the ability to make ethical decisions in the first place.

Lack of Empathy in Robots

Robots also lack empathy. If we militarize robots, they cannot understand the human costs of war. Only human soldiers can feel the sense of duty and honor. Robot soldiers don’t even experience fear, which can be a useful motivator in battle. So, if robots are to make life-and-death decisions, they must be able to understand things. Robot soldiers, to be called so, must empathize with the humans they are fighting for.

If militarized robots fight against each other and kill themselves, war would mean nothing. Sorrow, anger, and love are just a few of the emotions that give war its meaning. If we take these away, then war would be little more than a game. There is a difference between playing a game and actually fighting for your life. The limit of robot involvement in military is providing logistics and support. We can not use robots as actual combatants because it would not remain a war anymore.

An average industrial robot, simple one, costs about $65,000. Leave alone militarized robots, which will cost millions if we invent it right now. For one thing, war is expensive. If we use robots in war, it will only increase the cost. So, who is going to start that? That’s the problem. Robot soldiers can not turn mainstream until some government is willing to foot a very large bill.

Not only they are expensive, they are also high-maintenance. They require regular services and repairs. Militarized robots will need very good maintenance team to keep them operational. This will add to the cost and time.

Robots do not feel pain

One of the main reasons why we have soldiers is because they can feel pain. They can understand the consequences of their actions. They know that if they get hurt, they will feel pain. This is a very important motivator. Robots, even militarized ones, do not feel any real pain at all. Also, they do not understand consequences. This makes them very dangerous.

Robots are not dependable. They break down quite often. They are not as reliable as humans. This is a very big problem. If we use militarized robots in war, we need to be sure that they will work when we need them. If we don’t, they will make us work for them.

Even we keep everything aside, militarized robots fighting wars is not a feasible idea. Because it’s just not worth it for those who want wars. Never has been, never will be. Humans are required to create blood, sweat, and tears for there to be a victory. Machines can not fulfill that. 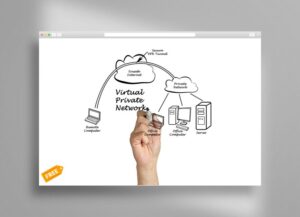 Next post Best Background Removers for Photo and Video