NASA administrator Bill Nelson said every image is a new discovery, adding, “Each will give humanity a view of the universe that we’ve never seen before”.

On Monday, Webb revealed the clearest image to date of the early universe, going back 13.1 billion years.

The most powerful space telescope ever built, the James Webb Telescope is designed to look farther into the cosmos than ever before. And, the telescope has now started to carry out its responsibility successfully.

In one of the five images released on Tuesday, we see water vapor in the atmosphere of a faraway gas planet. The spectroscopy – an analysis of light that reveals detailed information – was of planet WASP-96 b. The exoplanet was discovered in 2014. Nearly 1,150 light-years from Earth, WASP-96 b is about half the mass of Jupiter and zips around its star in just 3.4 days.

Constructed from almost 1,000 separate image files, another image shows Stephan’s Quintet, a visual grouping of five galaxies, as observed from the Webb Telescope.

The Webb telescope also revealed never-before-seen details of Stephan’s Quintet, in which four in five galaxies experience repeated close encounters, which provide insights into how early galaxies formed at the start of the universe.

Likewise, the Webb image of Carina Nebula, a stellar nursery, famous for its towering pillars that include “Mystic Mountain,” a three-light-year-tall cosmic pinnacle captured in an iconic image by Hubble, also bewildered beholders with its grand star-forming beauty.

The image has presented an unprecedented detail of the “mountains” and “valleys” of a star-forming region called NGC 3324 in the Carina Nebula, dubbed the “Cosmic Cliffs,” 7,600 light years away.

In the beginning, the White House on Monday released a stunning shot that was overflowing with thousands of galaxies and features some of the faintest objects observed.

The image, known as Webb’s First Deep Field, shows the galaxy cluster SMACS 0723, which acts as a gravitational lens, bending light from more distant galaxies behind it towards the observatory, in a cosmic magnification effect.

The Webb Space Telescope has also revealed details of the Southern Ring planetary nebula that were previously hidden from astronomers. Planetary nebulae are shells of gas and dust ejected from dying stars.

How these images are set to change the course of understanding about the universe and the galaxies across the universe:

The James Webb Telescope, which is orbiting the Sun at a distance of a million miles (1.6 million kilometers) from Earth, in a region of space called the second Lagrange point, was launched in December 2021 from French Guiana on an Ariane 5 rocket.

The total project cost is estimated at $10 billion, making it one of the most expensive scientific platforms ever built, comparable to the Large Hadron Collider at CERN.

Made up of 18 gold-coated mirror segments, Webb’s primary mirror is over 21 feet (6.5 meters) wide.

Images captured by the James Webb Telescope are expected to change our understanding of the universe – and it has now started with the first five high-resolution images in ‘microscopic'(in the universal scale) details.

It reveals the earliest galaxies, the birth of stars, and even water vapor in the atmosphere of a faraway gassy planet.

With the first five images released on Tuesday, the James Webb telescope has already started to change our understanding of the universe and also help us in finding relationships between early universes and planets and star formation.

James Webb telescope images will change the human understanding of the universe in the following ways:

The James Webb Telescope has finally opened a new window to the universe and with its success, let’s hope that our future generations would be able to mine Gems, traveling far and wide in the universe. 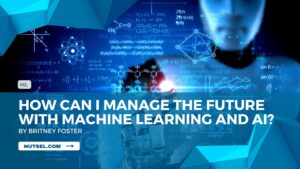 Previous post How can I manage the future with machine learning and AI? 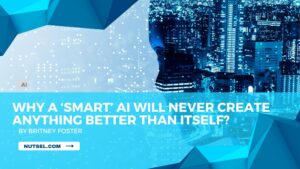 Next post Why a ‘smart’ AI will never create “Superintelligent AI”?