They did make us aware of this future with AI – but couldn’t stop it from happening. Maybe, it was just inevitable.

A decade ago, when you talked about AI, you would have assumed that AI was going to first take over physical jobs, and only then get its hands into the “thinking” part, and finally, creative tasks. But technologies like DALL E 2, GPT-3, and Midjourney are not only changing, but opposing the predicted timelines.

The annual art competition at the Colorado State Fair this year awarded prizes in all the customary categories, including painting, quilting, and sculpture.

However, one participant, Jason M. Allen, had some other plans. He didn’t use a brush or a piece of clay to create his work. He used Midjourney, an artificial intelligence tool that transforms words into incredibly lifelike images.

And in fact, he is not wrong either. What’s wrong is the timeline of technological advancement that was inevitable from one certain point in the 20th century.

It’s clear that AI is entering a new era—an era of creative thinking and creativity. 10 years ago, when I was in high school, people used to say: “Computers can’t think.”. Well… they can’t think, but now it seems like they are going to find a better word for “think”.

Strategy for those who want to know what AI will mean for their field: merge creative tendencies (that’s where most humans already are) with the logic processing power of DL. Most likely, humans are going to get closer and closer to turning themselves into machines rather than creating consciousness in a non-living dummy.

We’ve already seen this happening in music — it’s why artists started using AI to create music and we are getting shit. In photography — it helps them edit their photos better. Writing — helps them write better. And now we’re seeing that in painting as well.

Only recently, the AI philosopher GPT‑3 defeated a human philosopher. The public could not distinguish Daniel Dennett’s philosophical quotes from those of the AI philosopher. Philosophers are now worried about losing their jobs. Jokes in the garbage can, AI has actually started to hit. Imagine learning art for years in art school, and then you get a program that can do the same in an hour – I mean minutes.

“Although AI is still in its infancy and has a long way to go before it reaches its goal of perfectly modeling human thinking patterns” – you might have heard this one quite a few times. But you’re not even aware of it, and AI is already a toddler. 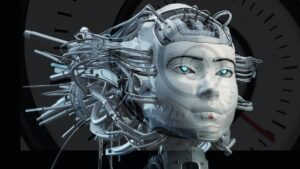 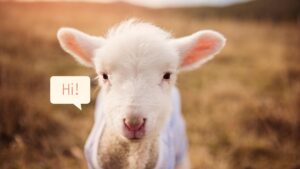