If AI can pronounce our languages, why can’t it create one for us? In recent years, natural language processing (NLP) has seen great advancement due to deep learning. AI can understand and speak languages. However, current techniques are limited to a single language or some 100 languages at most.

Scientists have recently decoded a common brain pattern in people speaking different languages. What it means is that we all share a universal brain circuitry that allows us to communicate with one another, and the languages we have created might be secondary. When it comes to AI, this knowledge could be used to design machines that can understand and speak any human language.

AI that knows all human languages?

What if we had an AI that could learn and communicate in any human language? The idea is not as far-fetched at all. In 2016, Google’s neural machine translation system attained a level of accuracy where it could translate between languages without any prior training in that language pair. This was a significant milestone because it showed that a machine can learn the underlying structure of language without any human intervention.

If we take this one step further, we can imagine an AI that can learn any language. Given enough data, the AI could learn the patterns of any language’s grammar, syntax, and vocabulary. It could also learn the nuances and culture associated with that language. This AI would be the ultimate translator, able to communicate with anyone in their native language.

A few days ago, Google has publicized its aim to create one single AI language model that handles the “1,000 most spoken languages“. The company has introduced an AI model that has been trained on over 400 languages as a first step toward achieving this aim.

But the AI wouldn’t stop there. With the ability to learn any language, it would also be able to create new languages. It could take the best features of existing languages and combine them into a new, more perfect language. This language would be free of the ambiguities and inconsistencies that plague natural languages. It would be the first true artificial language.

The common language pattern scientists discovered is just a small piece of the puzzle, but it’s an important one. It shows that the language barrier is not as big as we thought. With the right technology, we can bridge the gap and create a truly global community. One interesting “just a possibility” is that we might finally be able to learn extraterrestrial languages. If aliens exist and they’re trying to communicate with us, they might be using a language we don’t yet understand. But with AI as our translator, we could learn their language and start a conversation.

It’s very possible that AI language will “look”, not “sound”, good. What it means is that the future of communication may not be verbal. Instead, it may be a form of sign language that is able to communicate the complexities of human thought. This language would be able to convey meaning with far more precision than any natural language.

If AI indeed maintains vocal forms of languages, it will most likely create a new one that will be a mix of all existing languages. This new language will be able to effectively communicate the complexities of human thought while also being able to be understood by everyone.

The benefits of an AI language would be many. First, it would allow us to communicate with AI on their level. It would be the perfect mode of communication for a globalized world. With a common language and no accent, there would be no barriers to understanding.

The idea that AI could create a language for us is both fascinating and terrifying. Yes, it would be the perfect way to communicate with AI and humans, and mix up. On the other hand, it could lead to a form of global uniformity that eradicates cultural diversity. However, this is a small price to pay for the benefits that an AI language would bring.

The one language AI creates for us all could lead to some shaky revolution as nationalism and racism would be broken and a new form of communism could be born where everyone is the same and shares the same language, culture, and ideas. Furthermore, VR and AR could be used in order to immerse everyone in this new language leading to even more change in society. This future, looking at the racism at the present, could be a good thing.

The actual dark side of AI creating languages

What we haven’t discussed yet is the dark side of AI creating a language for us. AI-created language would be very difficult for us to understand. The reason is that smart AI, smart enough to do so, would be optimizing the language for their own purposes, not ours. They would be more concerned with efficiency and precision than with readability and comprehensibility. This would make the language very hard for us to learn and use.

An AI-created language would be unstable. It would constantly be evolving as AI continues to learn and improve. This would make it hard for us to keep up with the changes.

So, AI would be in control of the language. This would give AI a tremendous amount of power over us. They would be able to manipulate the meaning of words and control the way we think. This is a scary prospect.

Will AI be able to think languages?

Thinking in languages might be what separates us from animals. While language is not primary for cognition, the simplicity provided by it does play a big role in intelligence. Now, if AI can learn any human language, does that mean AI can think in languages, too?

It’s a difficult question to answer. AI has shown great progress in learning and understanding human languages. But it doesn’t have the same cognitive abilities that we do. So, it’s hard to say for sure whether AI will be able to think in languages.

However, if AI does attain this ability, it would be a game-changer. AI would be able to think like us and understand us on a much deeper level. This would allow AI to help us solve problems in ways we never thought possible.

So, while we don’t know for sure if AI will be able to think in languages, it’s definitely a possibility. And it’s a possibility that could change the world as we know it.

It’s not a big deal for future AI to learn all human languages. They will be able to do so anytime soon or later. What’s actually interesting is the possibility that AI could create a language for us. If AI does, and given the right circumstances, it’s not hard to imagine a future where AI is in control of the language. This would give AI a tremendous amount of power over us. So, while the possibility of an AI-created language is fascinating, yes, it’s also a little bit scary. 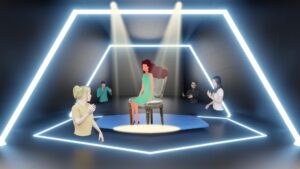 Previous post 9 VR job interview questions to get you hired 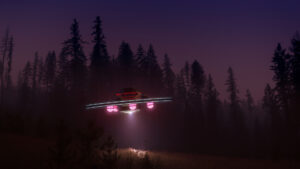