Advances in machine learning have allowed researchers to develop AIs that generate language, predict the shapes of proteins, or detect hackers. Increasingly, scientists are turning the technology back on itself, using machine learning to improve its own underlying algorithms.

Human-made intelligence is evolving and actually gaining abilities to adapt to change. For instance, AI philosopher GPT-3 has recently defeated human philosopher Daniel Dennett. People were unable to distinguish the quotes from GPT-3 from that from the human philosopher. This is a big achievement. People can easily be fooled. If an AI can fool humans, it is the best example that shows that AI has already achieved a form of consciousness.

Google’s DeepMind AI, a subsidiary of Google that focuses on artificial intelligence and specifically uses machine learning, has previously created a neural network that learns how to play video games in a fashion similar to that of humans. Now, DeepMind has made another breakthrough in the field of AI by inventing faster algorithms to solve tough maths puzzles.

DeepMind researchers in London have demonstrated that artificial intelligence (AI) can find shortcuts in a fundamental type of mathematical calculation by turning the problem into a game and then leveraging machine-learning techniques used by another of the company’s AIs to beat human players in games like Go and chess.

The AI unearthed algorithms that break decades-old records for computational efficiency, and the team’s findings, which were published in Nature on October 5th, could pave the way for faster computing in some fields.

DeepMind’s AI, AlphaTensor, was created to carry out a type of calculation known as matrix multiplication. Multiplying numbers arranged in grids — or matrices — that could represent sets of pixels in images, air conditions in a weather model, or the internal workings of an artificial neural network. To multiply two matrices, a mathematician must multiply individual numbers and add them in specific ways to create a new matrix.

They tested the system on input matrices of up to 5×5. In many cases, AlphaTensor rediscovered shortcuts devised by Strassen and other mathematicians, but in others, it pioneered new territory. The previous best algorithm, for example, required 80 individual multiplications when multiplying a 4×5 matrix by a 5×5 matrix. AlphaTensor discovered an algorithm that only demanded 76. Basically, AI invented faster algorithms to solve tough maths puzzles.

Artificial Intelligence does not perceive the physical world in the same way we do. Recently, AI discovered an “alternative physics“, its own way to make sense of the physical world. As if it is not our exclusive world. In the future, we may just imagine that AI is able to understand it.

Hmm…we created AI. Now AI will tell us what mathematics is. For your information, AI is simply mathematics or mathematical concepts that assist machines in mimicking human behavior. But this does not mean that mathematicians have created AIs. If a computer can do what you do, it is a matter of intelligence and ability. But machines cannot beat humans in chess or video games, can they? Well…!

Yes, they can. As of now, AI is a set of mathematical concepts that can help mimic human behavior. The problem is that AI has its own ways to perceive the physical world, and mathematics is not an exception. Looking at our current pace of AI development, AI will soon start to mimic a higher level of intelligence. The math is in the making, and it is here.

Previous post How 3D-printing is key to building humanoids? 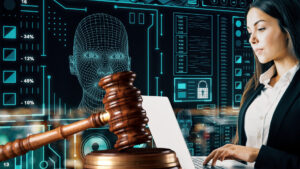 Next post The White House AI Bill of Rights Blueprint: A Good Start!