We cannot deny that one of the man-made technologies could be a parasite of the human culture. For example, some people are afraid of machinery taking over their jobs because they fear that they will be out of a job. Other people also see technology as a parasite that basics negative effects on social interactions and a decrease in human empathy.

In this blog post, we are going to discuss the “cons and cons” of technology causing it to become a parasite of human culture.

How can technology be a parasite of human culture?

(1) It can damage human relationships

Social media sites have provided people the opportunity to keep in contact with others, as well as compare their personal lives with other people and friends around the world. Because of this, you will see how many people post pictures of their vacations or celebrations, but they do not even mention their family members or close friends who may be living far away from them.

Social media sites are just a few that cause interpersonal relationships to be damaged because of the way people use them. For example, some people overuse Twitter because they have nothing to say except their own tweets. They post random tweets that have nothing to do with their friends or family. This has caused many of them to start ignoring their friends who may try and talk to them on Twitter. Because of this, many relationships in the world have been damaged due to technology.

(2) It can make us feel distressed and lonely

Technology has become so big that its presence can escape us even if we are present in large crowds because “seeing it is believing it”. This means that if you see a lot of people talking or texting on their cell phones and it is disrupting the usual flow of conversation, you will naturally feel the need to check your own cell phone. This is because you feel the strain to be in the same place where everyone around you is constantly looking at their phones.

However, technology can also cause you to feel distressed and lonely. For example, as mentioned earlier, many people are very active on social media sites such as Facebook and Twitter. This is because they want to compare their life with other people around the world and give them a detailed report of what is going on in their life. This is because so many people are living different types of lives in different countries. They do not care about anyone else’s problems. For example, if someone has cancer, that person does not need to know how much money other people have or where they went on vacation but he or she needs to know that the person who has cancer will recover soon.

Many people nowadays are asking more questions than they used to ask when they were young because they have too much leisure time. For example, it is not uncommon to hear young children ask “why” to everything that happens in their lives. However, it is less common to see older people asking why because they tend to take things for granted and accept things as a matter of course.

By having too much leisure time, many people cannot think of anything else besides wasting time. For example, the younger generation is interested in having a lot of fun with others and using social media sites so they can communicate with others all over the world. They are not interested in learning how to become successful entrepreneurs or how to start their own businesses where they can become rich and famous. Instead, they value materialistic things more than other things such as self-awareness and interpersonal relationships.

(4) It can make us lose our own culture

Another reason why technology could be considered a parasite of human culture is that it can make us lose our own culture. For example, many people are going overseas to work, and they do not want to learn the language of that country. They want to live in the same way they lived back home even if the way of life that is “Americanization” does not belong in the rest of the world. This will cause them to lose their American culture due to Americanization, but they do not care about it because they have no sense of belonging from one place to another.

(5) It can drive people crazy

In today’s fast-paced world, many things drive people crazy. For example, social media sites such as Facebook are used by many people all the time while they barely communicate with others. This makes it hard for them to develop relationships with others, so they end up getting frustrated when they do not have their way of communication back.

(6) It can make us feel insecure

People nowadays have started to make use of technology so much but they do not care about anything else except for how their loved ones are doing in their lives and what kind of devices they have in their hands. This is because they feel insecure and they do not have the confidence to meet their loved ones or talk to them in person. Instead, they spend their time looking at social media sites to see if everything is fine with them.

(7) It can disconnect us from ourselves

Another reason why technology can be considered a parasite of human culture is that it can disconnect us from ourselves. For example, when you are using your cell phone all the time instead of doing something useful with it, you will not realize that this habit of yours could harm your health. In today’s fast-paced world, many people spend too much time staring at cell phones instead of sitting down in front of a computer and doing something productive with it. They do not know that they need to stop staring at a cell phone although they barely use it at all. They do not realize that their cell phones are slowing them down and making them feel sluggish.

(8) It can cause more harm and pain

Technology can cause more harm and pain to humanity because of the way we use it. For example, many people nowadays have become addicted to technology such as social media sites, Internet sites, and mobile phone apps so much so that they do not care about anything else in their lives anymore. This is because of the easy access to information from these technologies as well as the convenience of using them anywhere and anytime anywhere in the world.

When people get addicted to a gadget, they can forget that they are human beings with feelings and emotions and they can lose their lives. They will become too preoccupied with the gadgets they are addicted to that they may use them up all the way until the point where they do not have any more harm in their lives. Technology can cause this type of problem because it keeps us preoccupied with ourselves daily and we tend to neglect everything else in our lives. For example, there are many people out there who spend most of their time working on their cell phones instead of doing anything useful with them.

The Parasite “technology” could also cause the following harm:

To find out whether a technology is a parasite technology or not, you need to consider this article: Is technology helpful or harmful for people?

So, technology can certainly be a parasite technology that is dangerous to our own lives. It can cause us harm and pain in the end. If a technology is not useful or helpful for people, it is a good idea to start having it eliminated or at least restricted.

Read: Can I trust my memory of the past?

After all, there are ample things we can do here on Earth with our own two hands so how can technology be a parasite of human life if we use it? If technology is living well in society and it is not harmful to others, there should be no reason why we need to have it eliminated. At this point, those who are forced by law to use the technology should still have the right to choose whether they want it or not because they can always opt out of using them if they wish to. 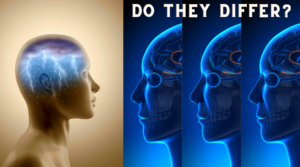 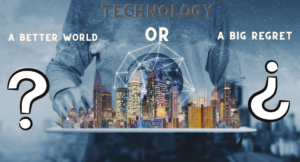 Next post Need of technology: Is technology making our world better or worse and why?