Does our brain run binary codes? In contrast to the conventional wisdom, some people believe that our brain does indeed use complex binary codes with neurons, while a group of them believe that the codes are not nearly as complex as some make them out to be.

So, what is the truth? Do our brains use complex binary codes with neurons?

There is no easy answer to this question. Scientists are still trying to figure out exactly how our brains work and how we think. However, there is some evidence that suggests that our brains may use complex binary codes with neurons.

For example, some studies have shown that certain types of neurons fire in a particular pattern when we are performing certain tasks. This suggests that there may be some sort of code that the neurons are using to communicate with each other.

Additionally, some computer models of the brain have shown that complex binary codes may be necessary for the brain to function properly. This is because the brain is a very complex system and it may be difficult for it to function without using some sort of code.

Of course, this is all just speculation at this point. Scientists are still trying to figure out exactly how our brains work. However, the evidence that has been found so far suggests that our brains may use complex binary codes with neurons.

It is thought that neurons communicate with each other by releasing chemicals called neurotransmitters. These neurotransmitters attach to receptors on other neurons and either excite or inhibit them.

This chemical communication between neurons is known as synaptic transmission.

So how does this all relate to binary codes?

Well, it is thought that each neuron can be in one of two states: excited or inhibited. This is similar to the way that a computer bit can either be a 0 or a 1.

It is believed that when a neuron is excited, it will fire an electrical impulse. This impulse will then travel down the neuron’s axon to the synapse.

At the synapse, the electrical impulse will cause the release of neurotransmitters. These neurotransmitters will then attach to receptors on other neurons and either excite or inhibit them.

In this way, it is thought that information is transmitted between neurons through a complex system of binary codes.

The impulses that are transmitted throughout the brain are simultaneously binary-like “either-or” states. A neuron can either fire or not. The basic language of the brain is comprised of these all-or-nothing pulses. In this way, binary signals are similar to how the brain computes. The brain employs “spike” or “no spike,” not 1s and 0s, or “on” and “off” (referring to the firing of a neuron).

Is our brain literally hosting universes by itself?

There is one thing all can agree on with this article: the brain is a very complex organ.

Now, let’s spread up. The brain can also create new universes and realities through its ability to imagine and visualize. It will take a lot of research and time to fully understand how it works.

The answer may surprise you. Our brains are capable of running complex binary codes, but they don’t necessarily do so on their own. In fact, they may be running these codes in tandem with other universes.

Here’s how it works: Our brains are constantly taking in information from our senses. This information is then processed and stored in our memory. When we need to recall this information, our brain accesses it and uses it to generate new thoughts and ideas.

In order to run complex binary codes, our brain relies on memory recall. This process is similar to how a computer accesses and runs programs. When we need to recall a certain piece of information, our brain accesses it and uses it to generate new thoughts and ideas.

For example, when we imagine a new world, we are actually storing information in another universe. This is how we are able to come up with new ideas and creativity.

Our brain is constantly running simulations of universes and realities. These simulations are created by the firing of neurons in our brains. This theory is supported by the fact that we often have dreams and hallucinations that seem very real.

So, does our brain run complex binary codes and host universes on its own? The answer is yes!

Think of your brain as a tool. It’s a powerful, complex tool that is capable of running complex binary codes, hosting multiple universes, and creating amazing new realities.

We are only at the beginning stages of understanding how our brains work. It could take many years for neuroscientists to unravel all the mysteries of our minds. Who knows? Maybe one day we will find powerful quantum computers in our brains. 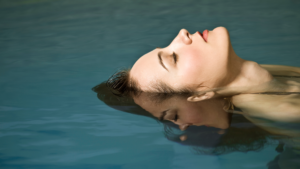 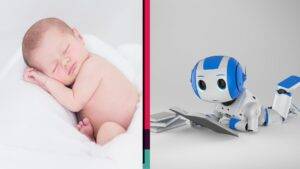 Next post A Robot That Equals a Human Baby?