Robots are increasingly becoming a staple in search and rescue missions. The ability to cover more ground and provide a more accurate assessment of a situation than human responders is invaluable in time-sensitive emergency situations. Search and rescue robots have proven their worth time and time again. And the same goes for their human counterparts.

Talking about Decade 2, 21st century, the US handles about 225 search and rescue missions per year. The percentage of missions using a search and rescue robot one way or another is large. In fact, the benefits of using one are pretty clear:

Most commonly, drones, a type of flying robot, are helpful in aerial search and rescue missions. Drones can cover a lot of ground quickly. Also, the team can equip it with thermal imaging to get a better assessment of the situation. From mapping out the disaster area to locating missing persons, drones have shown their usefulness in search and rescue. For example, in the aftermath of Hurricane Harvey, NASA aided with drones to assess the damage and find survivors.

Ground robots are useful in a variety of search and rescue missions. Some of them can enter small spaces, like collapsed buildings, that humans can’t. Most ground robots possess sensors and cameras to help assess the situation and rescue. In the 2018 Thailand cave rescue, Chinoros Nakthewan and his robotics team used robots to map the cave and find the missing soccer team.

Water robots, or ROVs (remotely operated vehicles), are key in water search and rescue missions. For example, they can go places that humans can’t, like deep water or fast-moving rivers. ROVs are equipped with sonar, which helps them find missing persons or objects. For example, the rescue team used ROVs in the search for the missing Malaysia Airlines Flight MH370. In fact, the mission would have been impossible to even happen without those underwater robots.

Structural search and rescue robots help assess the stability of buildings and other structures. Robots can enter places that are too dangerous for humans. Their sensors help them assess the stability of the structure and cameras to help find and rescue the missing persons. For example, Japan’s USAID used structural search and rescue robots in the aftermath of the 2011 earthquake and tsunami in Japan.

Apart from the ones above, there are many other examples of search and rescue robots showing their worth.

In the 2018 Sulawesi earthquake and tsunami, the 2017 Mexico City earthquake, and the 2016 Ecuador earthquake, drones showed the aftermaths of the destruction and helped with search and rescue missions.

Econet, Zimbabwe’s leading media company, assisted with Cyclone Idai rescue operations in 2019. In case the drone identified the victims, they were programmed to offer rescue services.

Waltham-based robotics company lent ‘Arm’, which played a vital role in the search and rescue efforts after the 2013 Boston Marathon bombing.

Also, in the 2011 Fukushima Daiichi nuclear disaster, robot surveyed the nuclear plant’s reactors. The robots found high levels of radiation that would have been harmful to humans. The robot’s job was to survey underwater spaces that are too small for humans. In particular, this robot helped in the investigation of underwater leakage points of the retained water within a nuclear power plant.

Search and rescue robots are saviors. We have come to rely on these machines for their ability to find and rescue people in the aftermath of disasters. They help us locate and rescue trapped survivors in the rubble of collapsed buildings and other debris. For people who still think robotics is all about making vacuum cleaners, these life-saving machines are a reminder of how far we’ve come. And for those who believe robots will take over the world one day, they offer some reassurance that, at least for now, we’re still in charge. No single technology can ever replace the bravery and skill of first responders. But still, search and rescue robots are proving to be invaluable tools in the life-saving toolkit. 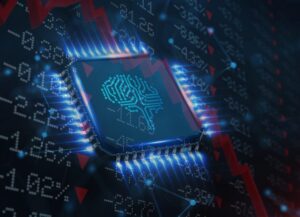 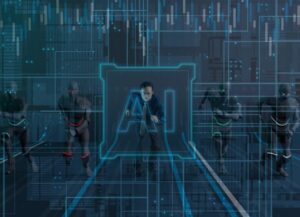 Next post Examples of Robots with Artificial Intelligence (AI)