More than 80% of the Chrome VPN extensions have a free version available. You have to understand why they are free. It is not because the developers are generous. Most of them simply want to sell your data. That is right! Nearly 50 percent of personal VPN users have free VPNs. And that’s a lot of data to sell.

If you use a free VPN extension for Google Chrome, your data is not yours anymore. It belongs to the developers who can sell it to the highest bidder. There are many other risks that come with using a free Chrome VPN extension. Many of these extensions are developed by companies based in countries with weak data protection laws. This means that your data is not safe from government surveillance and other 3rd parties. While some reputable VPN services, too, are based on those countries, they at least have their reputation as stakes. But not these free Chrome VPN extensions.

In addition, these companies can force you to install malware and other unwanted software. You install these VPN extensions primarily because you need them. But what pushes you to install them is their number of installations.

You may think that if millions of users are using it, why not! But do millions of users actually install chrome VPN extensions? Well, when it comes to browser extensions, one single user installs an average of 3.3 extensions. In the same browser? Yes, as they create different profiles for work, personal and entertainment use. So, the number of people using a particular extension is not necessarily relevant.

What is relevant, though, is that the most installed Chrome VPN extensions are not necessarily good. This is not just our opinion. It is the opinion of many experts in the field, who have tested and reviewed them, including Google themselves. Also, the “most installed chrome VPN extensions” were not installed as many times as the google webstore shows. If there are 3 Million + downloads, maybe it’s something like 200,000+ installations, 50,000+ total users, and 30,000+ ratings. The active users at one time (unit day), is below 500. Leave alone bot downloads.

Yes, the actual number of active users is very less, as people use these extensions for one-time-usage. They may use it for purposes like generating YouTube views. So, these people are not active users.

To What Extent Can These Extensions Steal Your Data?

Sky is the limit. From your browsing history to your login credentials (if the site has no SSL), there is a lot that these chrome extensions can access. The best way to protect your data is to not use these extensions at all. And not only that, they can also insert ads into the sites that you visit, and even inject malicious JavaScript code. These extensions also cause frequent browser crashes, and can make your browser unusable. So, if you absolutely need to use a VPN extension for Chrome, be sure to do your research about chrome users, online privacy, and data breaches from the past.

In fact, three popular VPN services disclosed data of 21 Million VPN users. This data included the email addresses and hashed passwords of numerous VPN users. The news was released on on May 7th, 2022. However, no one knows each day how many people’s data are being disclosed without them knowing. And that scares. Specially, when people are using these services to protect their data.

And that is the reason why we have to be careful of what we put on the internet, because once it’s out there, it’s hard to control.

Which is the Best VPN Extension for Chrome?

So, if you are looking for a good VPN extension for Chrome, our advice is to go with a well-known and reputable VPN provider. And make sure that the browser extension is of that provider, not some clone. Yes, it may cost you a few dollars more. But it will be worth it, as you will get a good product that actually works. We recommend NordVPN. And that’s after testing 30+ quality VPN providers. It is a fast and affordable VPN service with a strict no-logs policy.

As there is a saying, “If the product is free, you are the product”. Therefore, use your free Chrome VPN extension with a caution. Because in most of the cases, these free VPN providers sell the data you wanted to protect. 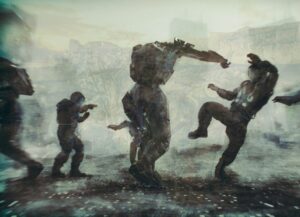