Why a Virtual Keyboard over normal?

Virtual keyboards come in various features and designs, suitable for different purposes. Any typist or musician may need if for various reasons. For example, to save time, save money, or simply for convenience. If you have all of them, still, a virtual keyboard could make you a better typist, or a better musician.

There are two types of virtual keyboards:

To clear up any confusion, virtual keyboard for a piano replaces a piano keyboard, not a typing keyboard.

However, a PC’s physical keyboard is best used as a virtual on-screen piano keyboard. For example, this one:

A virtual keyboard could provide a certain level of flexibility, as it can be used as a controller or a synthesizer. With a virtual keyboard, you can control volume, panning, effects, and more. You can also use it to trigger samples or record loops. Furthermore, some virtual keyboards come with a built-in sequencer, allowing you to easily create musical arrangements. If you do not want to disturb your neighbors, you can plug in a pair of headphones and practice without making any noise. That’s not possible with most physical piano keyboards.

Typing in a virtual keyboard helps you improve your typing speed and accuracy. That’s because typing is not only about finger movements, but also about the feel of the keys. A virtual keyboard can help you to get used to it much faster. Furthermore, according to research, learning is better in a simulated environment because of the shorter learning curve. These keyboards can turn saviors when your physical keyboard fails and you need to quickly get your job done.

People who use virtual keyboards can type up to 40% faster than those who don’t. That’s due to these 3 reasons:

It’s easier to learn the keyboard layout with a virtual keyboard- Furthermore, You can also see exactly how to type different keys with it. This will help you learn the layout of a computer’s keyboard faster.

As virtual keyboards offer convenience, flexibility, and security, both experts and novices can benefit from them. Such keyboards have no demerits in general. However, if you are adding chrome extensions for virtual typing keyboards, make sure to choose a reputable one. Some of these apps can be malicious. Other than that, ones from Microsoft, Windows, and Apple are considered safe. 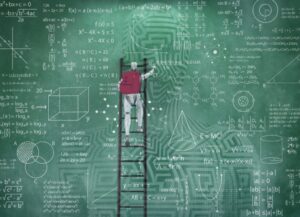 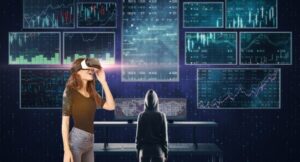