What would you do if you could go back in time and alter your experience? 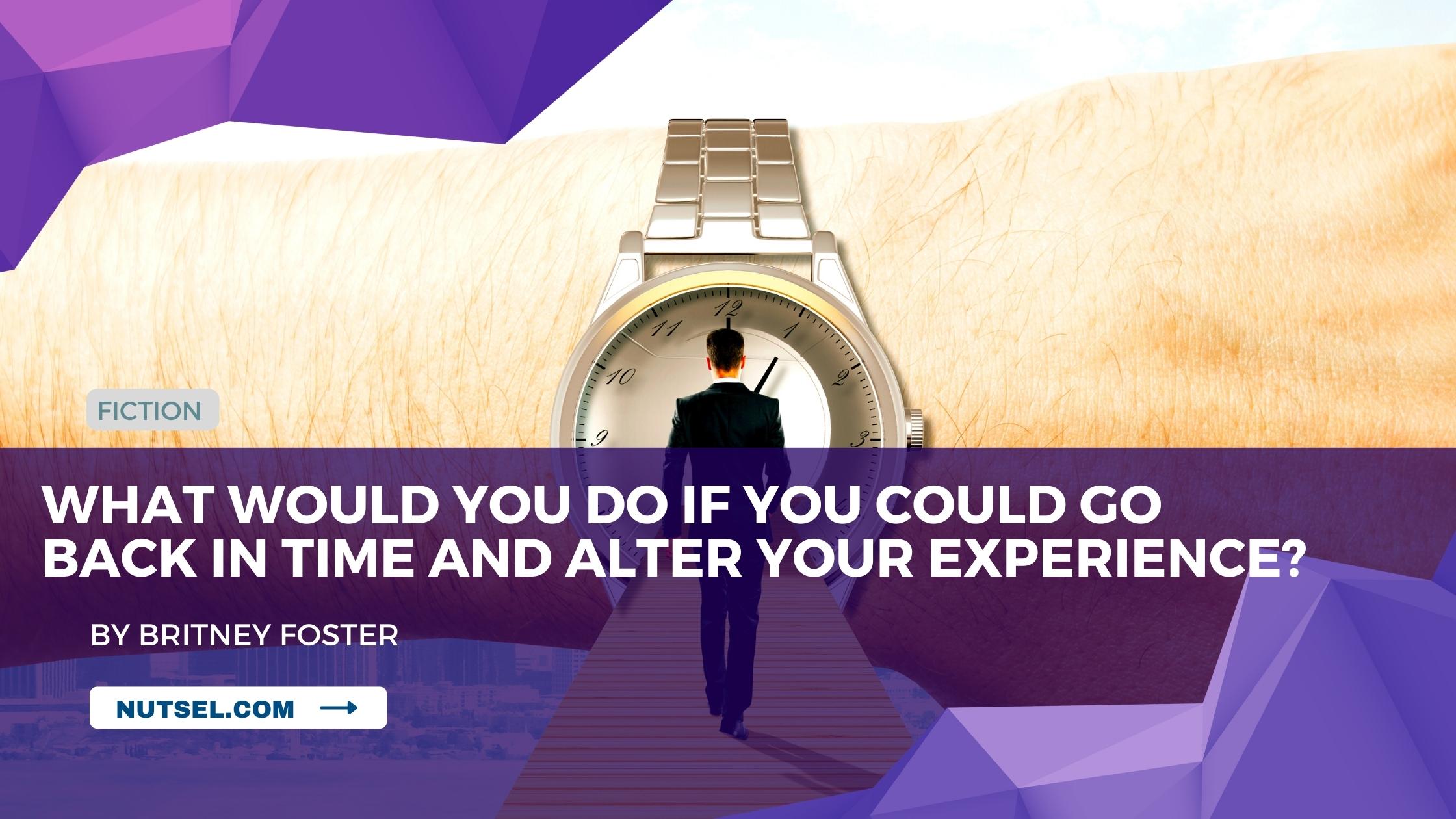 What would you do if you could go back in time and alter your experience?

For the past few days, we have been con­duct­ing some­thing like a sur­vey, ask­ing peo­ple if they would do any­thing dif­fer­ent if the oppor­tu­ni­ty to go back in time and alter their expe­ri­ence was pre­sent­ed to them. Some of the most com­mon things we heard that we are going to share in this post.

Some would stop them­selves from mak­ing the same mis­takes twice. Oth­ers would undo all the things they did and just start over, with the knowl­edge they now pos­sess. Oth­ers still would go back and tell their younger selves how impor­tant it was to be kind. What do you think you would do if you could go back in time and alter your experience?

Of course, if I could get to go back in time and alter my expe­ri­ence, I would take the mon­ey I have earned, to the past, and start a busi­ness there.

Now, let’s go deep into the top­ic, and know what these peo­ple would do if they could get go back in time and alter their experience.

Cait­lyn Rose, 27 — Well, I’d make sure I learned every­thing that I could about the things I had inter­est while grow­ing up. I would­n’t go on talk­ing to peo­ple who were rude or mean to me, because PERSONALLY, it brought out the worst in me. If I had noticed my taste in music, clothes and ani­mals ear­li­er on, and then start­ed to devel­op a bet­ter under­stand­ing of those things, maybe my child­hood would have been better.

Vio­let Hem­s­ley, 20 — Well the first thing that comes to mind is that I would get some­one a job if they could­n’t find one. I’d try and give as much sup­port as pos­si­ble when peo­ple are strug­gling or going through issues such as ill­ness or death. I would also have a big­ger sense of opti­mism because I know life isn’t easy, but that it’s still so worth it.

Craig Smith, 35 — I’d prob­a­bly just go back and try to be the most polite per­son pos­si­ble. I nev­er learned the impor­tance of being a polite per­son and it has neg­a­tive­ly impact­ed my life in many ways.

Liam Har­ri­son, 67 — For me, it’s rather sim­ple actu­al­ly. I’d get myself into a good school/job that I actu­al­ly real­ly enjoyed right out of high school, which would have meant get­ting some extra tuition when I was younger. This was the biggest mis­take I ever made.

Katherin Kel­ly, 21 — Essen­tial­ly I would go back and tell myself to be less intro­vert­ed, and then try and push myself out of my com­fort zone more. This way I’d have more con­fi­dence in what I like, what I’m good at, and make friends easily.

Katey Sul­li­van, 31 — I’d have more con­fi­dence grow­ing up. I’d also talk to peo­ple more and ask ques­tions about things that inter­est me, rather than peo­ple assum­ing I know every­thing because of my age.

Kel­ly Park­er, 19 — I would try and make the best deci­sions for my future based on what I want­ed to do when I grew up. It’s obvi­ous that some deci­sions are made eas­i­er if you know what you want to be when you grow up. For exam­ple, see if your school is good or not so good depend­ing on how it affects your future career choic­es (e.g., would you like to get into business/engineering or arts? Would it be bet­ter if your school was in a dif­fer­ent area? etc.).

Tom Hazle­wood, 22 — If I could go back in time and alter my expe­ri­ence, I would take a loan and buy Bitcoin.

Ben­jamin Wat­son, 25 — I would win mil­lions by bet­ting on match­es I already know.

Joel St. John, 21 — I would prob­a­bly just do more in my free time to help peo­ple who were less for­tu­nate than myself. I would try and make the world a bet­ter place and maybe even buy a house and a car because I know how dif­fi­cult it is to find both these things.

Bran­don White, 25 — When I was younger, I always want­ed to learn how to play gui­tar and I just nev­er got around to it. Once col­lege came around, all my friends who were old­er than me were already in bands so they had the skill set but nev­er did any­thing with them… so I would take some gui­tar lessons and start a band.

David Wal­ters, 38 — Well… It’s dif­fi­cult to say real­ly. I would­n’t change any­thing that hap­pened to me. But I would like to have more infor­ma­tion before I made cer­tain deci­sions (rela­tion­ships for exam­ple), so that my life would not be as dif­fi­cult as it is now.

Sara Steele, 34 — I think if I could go back in time and change things, it would be all about try­ing to be more kind. You see so many peo­ple unhap­py because they don’t think they’re doing enough. Or, they aren’t good enough at some­thing and this mind­set has impact­ed their whole lives- it’s not good. If I could change any­thing, it would be that.

Kim­ber­ly Har­grove, 28 — I would spend every minute of my day try­ing to make each and every per­son as hap­py as they pos­si­bly I could. What a dif­fer­ence a kind word or two or part of fun­ny sto­ry can make to some­one’s day! It’s obvi­ous peo­ple do this, but in the best way pos­si­ble. There’s real­ly no time for them to even think about the fact that you’re doing it, you just do it and then you think “ahh well what did I ever do?!?!” Of course we all want to leave a pos­i­tive impres­sion — I know that’s why we put things like ‘thank you’ stick­ers on things like the gas pump. In this way, I would uti­lize the oppor­tu­ni­ty of going back in time and alter­ing my expe­ri­ence to the most extent.

Some­times though, it’s the small­est things that can real­ly do a lot — it’s almost like if you’re just being your­self it hap­pens auto­mat­i­cal­ly! When I was younger, I let oth­er peo­ple push me around and use me for their own good. I did­n’t know how to stand up for myself or say no when some­thing was­n’t right. If i could go back and change the way I was brought up, I would have been more sure of who I am as per­son and that would bet­ter me in so many ways.

Wendy McWhirter, 23 — Well… I would­n’t stand up for myself when I should have and I would­n’t push myself past my lim­its. Also, I would make sure to do what was right instead of what was easy.

Emma Smith, 25 — If I could go back in time, I’d learn how to be a bet­ter lis­ten­er and not be so closed off in peo­ple’s lives. Know­ing how to talk is one thing but it’s also just know­ing how to lis­ten and give some­one the space they need.

Joey Kale­niec, 23 — In my past life, the year 2000 hap­pened because I did­n’t believe peo­ple in their 20s could get every­thing they want­ed out of life. I trust­ed peo­ple when they said they knew the right thing to do and I fol­lowed a path that made me unhap­py. If I could go back in time, I would start my own busi­ness in some­thing I loved and put more effort into it.

Jonathan Coop­er, 27 — More skill at foot­ball is what I would change about my past life. Mak­ing sure that I was play­ing at the big clubs like Celtic or Rangers instead of play­ing for Bury and nev­er get­ting a chance at the top level.

Kane Ster­ling, 33 - Of course, if I could get to go back in time and alter my expe­ri­ence, I would take the mon­ey I have earned, to the past, and start a busi­ness there.

Join our NewsletterDaily Glimple of Future

Our blog, "Daily Glimpse of Future", strives to make the future much clearer than it is today. Join our newsletter for free now. 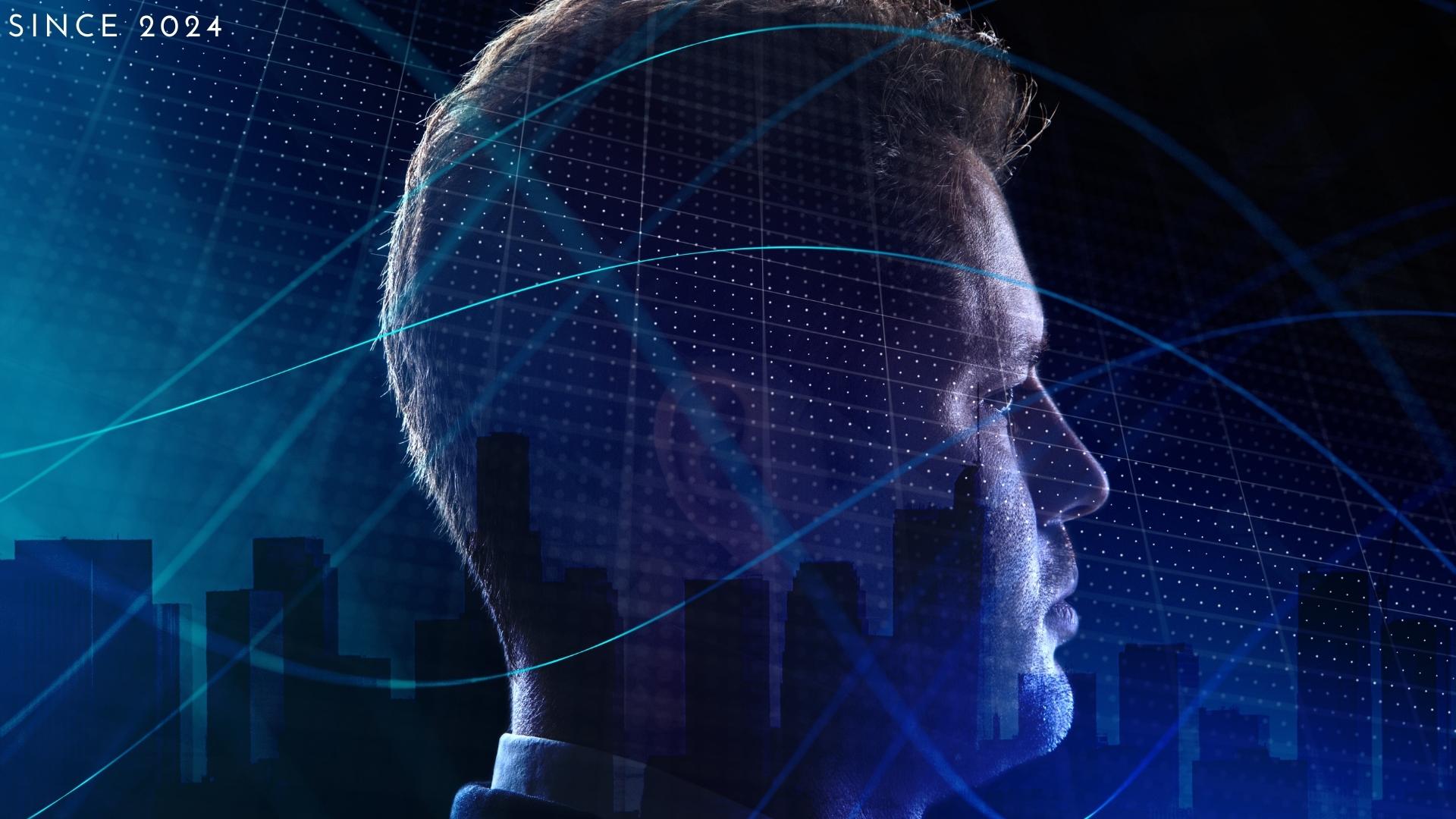