The Earth provides a comfortable environment for life to flourish. But is it possible that some planets have more favorable conditions for life than our homes? And if so, is there a chance that life has evolved on these other planets?

This blog post will consider the question of what makes a planet best habitable, as well as whether or not the earth is the best place for life to exist in the whole universe.

What is the best planet for life?

To know what makes a planet most habitable, we have to preface this question with an answer to a more specific one: what is life? Despite being such a broad and long-standing question, scientists are still arguing over the definition of “life” today. We can’t expect to agree on an exact definition until we figure out whether other life exists or not.

If we were to apply the common sense definition, life is simply a self-sustaining system that is capable of reproducing. This narrows our search down to single cells and other simple organisms. But even with that definition, we can still talk about planets being more life-friendly than others.

The best planet for life would be a planet that supports an environment suitable for the evolution of cells; both simple and complex.  We could say that a large habitable zone – which allows for the existence of liquid water oceans – is an important factor. Furthermore, planets should have large amounts of resources such as carbon and nitrogen on their surface to fuel life’s processes.

Additionally, a planet needs to have large land masses with a large temperature difference between day and night. This allows for at least some plants to survive, due to the lower temperatures during the night. Of course, other factors such as surface gravity and atmosphere are also important.

What would make that planet “best”?

The definition of what exactly makes a planet habitable is still being worked out. This issue has very diverse implications when it comes to the search for life in other places in the universe. For instance, some scientists argue that life could exist in the cold, methane-rich environments of Jupiter’s moons Europa and Ganymede. But others argue that ice is not a good medium for cells to develop.

Furthermore, they argue that life would have a hard time surviving due to the extreme temperature differences between the day and night side. More generally, scientists are still trying to determine whether or not complex ecosystems can evolve on other planets with extreme climates such as red giant stars or super-Earths.

Earth is awesome: but what could have been even better for habitation?

The Earth is a pretty awesome place to live.  Earth’s average distance to the Sun is about 93 million miles, making it perfectly suited for hosting life. On our planet, we have a diverse biosphere with many types of living things. But what if something could have been even better? We are going to list down some awesome features a more habitable planet than the earth, would have:

The large temperature difference between day and night

As we already explained, this encourages the development of plants, which can be eaten by animals. Life would be even easier to survive on a planet with a large daytime temperature range. This would also increase the biodiversity of life.

Imagine if our planet was big enough to fit every continent on it! As well as possessing all the necessary resources, having a larger surface area will allow for more different types of climates and habitats for animals to live in.

As well as being aesthetically beautiful, the moon has been crucial to the development of life on earth. It stabilizes our axial tilt and rotational axis, which affects temperature and it causes ocean tides. Thus, having a larger moon may allow for more stable environments.

A slightly less gravity would be just perfect. It would make it easier for animals to move around and function more efficiently. Although, a gravity too much less than what we have here on earth would be bad. It would make it harder for our bodies to function and become too light to hold on to.

We need our planet’s atmosphere to protect us from the Sun’s harmful radiation. As well as being a huge source of oxygen, the atmosphere affects our climate and weather patterns. However, we could change our atmosphere if we could.

Some possible ways to do this would be by making it thicker (so, more oxygen can reach the top layers of the oceans). Or by having liquid water on the surface so that greenhouse gases can accumulate on its surface.

Recommended: What will your age be after coming back from past travel?

If we could only have one thing, it would be our home planet! It provides all the necessary resources and life support systems required to allow for life to develop.

However, many scientists think that our planet has evolved due to its unique history which is impossible for other planets to replicate. A planet with a history similar enough to ours may be able to recreate conditions conducive to life on earth. For instance, some other scientists think that planets formed in the same type of way as Earth did (ice forming first, then rocky material). 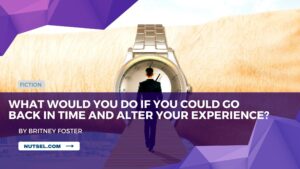 Previous post What would you do if you could go back in time and alter your experience? 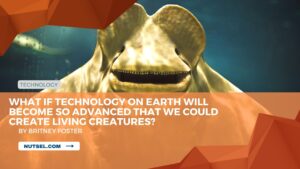 Next post What if technology on Earth becomes so advanced that we could create living creatures?