For the past few days, we have been conducting something like a survey, asking people if they would do anything differently if the opportunity to go back in time and alter their experience was presented to them. Some of the most common things we heard that we are going to share in this post.

Some would stop themselves from making the same mistakes twice. Others would undo all the things they did and just start over, with the knowledge they now possess. Others still would go back and tell their younger selves how important it was to be kind. What do you think you would do if you could go back in time and alter your experience?

Of course, if I could get to go back in time and alter my experience, I would take the money I have earned, to the past, and start a business there.

–Kane Sterling (Just one of the 20+ people we surveyed)

Now, let’s go deep into the topic, and know what these people would do if they could get go back in time and alter their experiences.

Caitlyn Rose, 27 – Well, I’d make sure I learned everything that I could about the things I had an interest in while growing up. I wouldn’t go on talking to people who were rude or mean to me because PERSONALLY, it brought out the worst in me. If I had noticed my taste in music, clothes, and animals earlier on, and then started to develop a better understanding of those things, maybe my childhood would have been better.

Violet Hemsley, 20 – Well the first thing that comes to mind is that I would get someone a job if they couldn’t find one. I’d try and give as much support as possible when people are struggling or going through issues such as illness or death. I would also have a bigger sense of optimism because I know life isn’t easy, but that it’s still so worth it.

Craig Smith, 35 – I’d probably just go back and try to be the most polite person possible. I never learned the importance of being a polite person and it has negatively impacted my life in many ways.

Liam Harrison, 67 – For me, it’s rather simple actually. I’d get myself into a good school/job that I actually really enjoyed right out of high school, which would have meant getting some extra tuition when I was younger. This was the biggest mistake I ever made.

Katherin Kelly, 21 – Essentially I would go back and tell myself to be less introverted, and then try and push myself out of my comfort zone more. This way I’d have more confidence in what I like, and what I’m good at, and make friends easily.

Katey Sullivan, 31 – I’d have more confidence growing up. I’d also talk to people more and ask questions about things that interest me, rather than people assuming I know everything because of my age.

Kelly Parker, 19 – I would try and make the best decisions for my future based on what I wanted to do when I grew up. It’s obvious that some decisions are made easier if you know what you want to be when you grow up. For example, see if your school is good or not so good depending on how it affects your future career choices (e.g., would you like to get into business/engineering or arts? Would it be better if your school was in a different area? etc.).

Tom Hazlewood, 22 – If I could go back in time and alter my experience, I would take a loan and buy Bitcoin.

Benjamin Watson, 25 – I would win millions by betting on matches I already know.

Joel St. John, 21 – I would probably just do more in my free time to help people who were less fortunate than myself. I would try and make the world a better place and maybe even buy a house and a car because I know how difficult it is to find both these things.

Brandon White, 25 – When I was younger, I always wanted to learn how to play guitar and I just never got around to it. Once college came around, all my friends who were older than me were already in bands so they had the skill set but never did anything with them… so I would take some guitar lessons and start a band.

David Walters, 38 – Well… It’s difficult to say really. I wouldn’t change anything that happened to me. But I would like to have more information before I made certain decisions (relationships for example), so that my life would not be as difficult as it is now.

Sara Steele, 34 – I think if I could go back in time and change things, it would be all about trying to be more kind. You see so many people unhappy because they don’t think they’re doing enough. Or, they aren’t good enough at something and this mindset has impacted their whole lives- it’s not good. If I could change anything, it would be that.

Kimberly Hargrove, 28 – I would spend every minute of my day trying to make each and every person as happy as they possibly I could. What a difference a kind word or two or part of a funny story can make to someone’s day! It’s obvious people do this but in the best way possible. There’s really no time for them to even think about the fact that you’re doing it, you just do it and then you think “ahh well what did I ever do?!?!” Of course, we all want to leave a positive impression – I know that’s why we put things like ‘thank you stickers on things like the gas pump. In this way, I would utilize the opportunity of going back in time and altering my experience to the most extent.

Sometimes though, it’s the smallest things that can really do a lot – it’s almost like if you’re just being yourself it happens automatically! When I was younger, I let other people push me around and use me for their own good. I didn’t know how to stand up for myself or say no when something wasn’t right. If i could go back and change the way I was brought up, I would have been more sure of who I am as person and that would better me in so many ways.

Wendy McWhirter, 23 – Well… I wouldn’t stand up for myself when I should have and I wouldn’t push myself past my limits. Also, I would make sure to do what was right instead of what was easy.

Emma Smith, 25 – If I could go back in time, I’d learn how to be a better listener and not be so closed off in people’s lives. Knowing how to talk is one thing but it’s also just knowing how to listen and give someone the space they need.

Joey Kaleniec, 23 – In my past life, the year 2000 happened because I didn’t believe people in their 20s could get everything they wanted out of life. I trusted people when they said they knew the right thing to do and I followed a path that made me unhappy. If I could go back in time, I would start my own business in something I loved and put more effort into it.

Jonathan Cooper, 27 – More skill at football is what I would change about my past life. Making sure that I was playing at the big clubs like Celtic or Rangers instead of playing for Bury and never getting a chance at the top level.

Kane Sterling, 33 – Of course, if I could get to go back in time and alter my experience, I would take the money I have earned, from the past, and start a business there.

The team of Nutsel.com performed this informal survey. 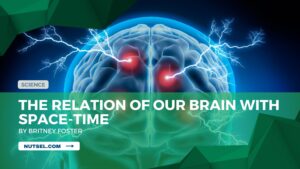 Previous post The relation of our brain with space-time 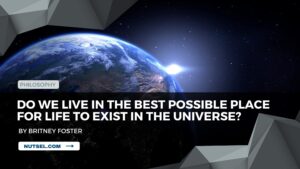 Next post Do we live in the best possible place for life to exist in the universe?