AI can already create images with your text commands. We’re not talking about “text-to-video software” in this article. Rather, we are talking about deep learning where computers can understand the content and produce an output.

We can say that we have reached the “DALL E 2 stage of creative AI”. DALL E 7 will be about generating videos out of text commands.

Here are the 3 ways AI-generated videos are going to challenge real videos:

Apart from being indistinguishable from reality, AI-generated videos will have no limits. You can make it generate anything, even things you could not have imagined. Such videos will start challenging the real world. They might even challenge your existence. For example: “A video illustration of the apocalypse.” “A video that shows what happens to the world after a nuclear war.” AI-generated video can create more crazy scenarios than you can imagine. Since there are no limits, even a mildly creative person can think of the weirdest possible videos. Google’s imagen AI is already there with the ability to convert text into videos, with creativity. But it is far from being available to the public.

Erasing the boundary between real and fake is the first thing AI-generated videos will do. Just like AI-generated images, as pattern recognition gets better, AI will soon be able to generate videos indistinguishable from reality. In a sense, they will be the real thing. Unlike
AI-generated images, in videos, the “sense of presence” will be much more difficult. Images can be creative even without them. But videos need it to convince viewers that what they are watching is real. It’s tough, but AI will do it.

Creating movies should not be a big deal for AI. Movies are fictional anyway, so AI can create your ideal movie. it will save money that had to be paid to the actors, and maybe reduce some overall movie revenues too. 😉 But it might be better than that. The AI can create movies of whatever genre you want, whichever actors you want, and with whatever storyline you want. You can give the script, and it will create a movie about it. Oh sorry, you just need to give the title. AI will generate the script, and it will pass it to the next stage where AI can generate the video. So, all you need is the Movie’s title. We can create videos from audio too. It will work better than text; converting speech to text, and text to video.

It’s going to be very interesting to watch what happens when AI creates its own genre of AI-generated movies. 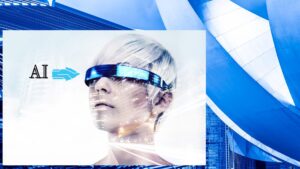 Previous post How AI will predict the future in the future 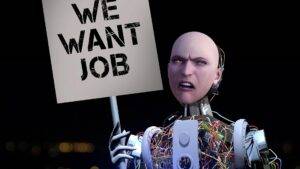 Next post The Present and the Future of AI Art Generator