As anyone who’s ever doodled in a notebook knows, there’s a fine line between art and garbage. So it’s no surprise that some people are skeptical of the capabilities of AI art generators. Can a machine really create something that’s beautiful or moving?

The answer, it turns out, is a qualified yes. AI art generators are still in their infancy, but they’re already capable of producing some impressive results. And as they continue to evolve, they’re only going to get better.

The results can be striking. For example, the AI art generator DALL-E has produced some pretty compelling images, including a cat made out of spaghetti and a floating cockroach head.

Of course, not all of the images produced by AI art generators are hits. For every impressive image, there are many more that are, well, less or less than impressive. But as technology continues to evolve, the ratio of good to bad images is only going to improve.

In the future, AI art generators will become even more sophisticated. They’ll be able to take into account the context of the text they’re given and generate images that are more in line with what the user is looking for.

They’ll also be able to generate entire scenes and scenarios. So if you give an AI art generator a text description of a South American beach vacation, it will be able to generate a realistic-looking image of a Brazilian beach, complete with sand, sea, and sky.

Ultimately, AI art generators will become so good at their job that it will be hard to tell their images from those created by humans. And that’s when they’ll truly come into their own as a tool for artists and designers.

So if you’re interested in seeing the future of art, keep an eye on the development of AI art generators. They’re sure to surprise and delight us in the years to come.

AI art generators are still in their early stages, as mentioned earlier. In the future, they could be used to create entire collections of art, or even to generate new works based on an artist’s style.

At present, we use AI art generators to create “simply complex” images with a decent resolution. However, as technology develops, it is likely that more complex and realistic images will be produced, and maybe, videos too, who knows!

However, there are also some drawbacks to using AI art generators. One of the main concerns is that the artworks created by AI may lack originality and creativity. Another concern is that AI art generators could eventually replace human artists altogether.

Overall, AI art generators are a promising new technology with great potential. In the future, they could revolutionize the art world and change the way we create and appreciate art. 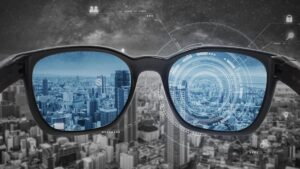 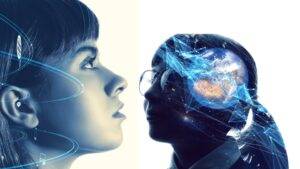 Next post How AI is Changing the Way We View Death