“I had not realized … that extremely short exposure to a relatively simple computer program could induce powerful delusional thinking in quite normal people”. – Weizenbaum, 1976.

As another important step in the development of artificial intelligence, people are now talking about Generative Pre-trained Transformer 3 (GPT‑3) because it is way better than any language program in existence. It can produce text that any human can read. And this breakthrough can be critical for companies that wish to automate most tasks.

GPT-3 can contextually respond to text inputs. For example, companies can use it to enhance consumer service without giving customers the feeling that they are chatting to a machine.

Several downsides come along with huge potential. GPT-3 is a deep neural network that is still largely unknown to humans. Its algorithms cannot be examined or studied to understand how they work.

Some claim that while the text that GPT-3 writes first seems great, the system’s language loses coherence and becomes illogical when working on longer works.

Many people are also concerned that GPT-3’s failure to distinguish between fact and fiction can be used to promote social biases like sexism and racism. For instance, GPT-2 was not available to the general public since it could be exploited for spamming and the spread of misinformation.

Can GPT-3, which is more advanced than GPT-2, have a bigger potential for abuse and misuse?  Proponents of the algorithm are required to answer such questions.

Each question had five options to choose from; one was by Daniel and the remaining 4 were generated by GPT‑3.

It was perfectly indistinguishable for the general public, and confusing for the experts and experienced blog readers.

The experiment involved 98 online participants from Prolific, 302 people who clicked on the quiz on Schwitzgebel’s blog, and 25 individuals with in-depth familiarity with Dennett’s work who were contacted by Dennett or Strasser.

According to Schwitzgebel, they expected the Dennett experts to correctly answer at least 80% of the questions on average, but they only obtained a score of 5.1 out of 10. No one correctly answered all ten questions, and only one person got nine. The average accuracy rate among blog readers was 4.8 out of 10. The topic of whether humans might construct a robot with beliefs and desires bewildered the specialists the most.

Since its introduction, GPT-3 has spawned dozens of additional experiments that lead to similar eyebrow-raising reactions. With very little prompting, it can generate tweets, write poetry, summarize emails, answer trivia questions, translate languages, and even writes its own computer programs.

It seems that GPT‑3 has not only made a stronghold at present in artificial intelligence (AI) technology, but it also indicates a better future version of the same. Whether the next generation of GPT will be able to beat human intelligence or not is still unclear. However, it’s already making considerable headway and is one of the most fascinating steps in the history of AI.

As a conventional logic, we can say that GPT‑3 is a huge breakthrough in the realm of AI. The singularity is almost here; yes. digital singularity. AI will be able to do many things that humans can do and maybe even some things that we cannot…imagine!

Aside from this fact, it’s so smart that there is not much room for a human to understand its decisions.

As long as algorithms are trapped inside the machine, there is no reason to worry. As for the GPT, it won’t develop its own agenda. But that doesn’t mean that we should not worry to protect our freedom and integrity.

It will keep on changing

With deep learning, we created ‘black boxes’, just like GPT‑3. So with that said, we must decide how to use them. GPT‑3 is a great tool for us to know what is not good with AI and maybe how we can improve ourselves if we can’t be self-aware without it.

We know that no technology can remain as it is forever. GPT‑3 will also go through a transformation, renovation, and further development time. When its next version is introduced, there won’t be any surprise if it could move forward and prefer to use advanced methods instead of manual data entry.

GPT‑3 is not the future – it’s the present. We as well as other advanced algorithms, including GPT‑4, are the future! As GPT‑3 is just the always-changing present, we need to be ready for that change in everything where we can.

Here, being ready for the change means preparing ourselves to deal with the potential impacts of change. We can’t judge GPT‑3’s abilities as negative or positive, but we need to be aware of whether it and its other versions are doing good things or bad in the field of technology.

We should also see how GPT‑3 itself is evolving with or without human intervention. It means that we should be able to see and predict its evolution with or without our control shortly.

Significance of GPT‑3 at Present

Humans are good at understanding what they see, and we are particularly adept at understanding sentences. The rules are fairly straightforward: you look at a sequence of words, you pause to think what they might mean (or look them up in a dictionary) – then you try to work out how they fit together and how this impacts your state of knowledge.

When these skills break down, as they can do in some forms of autism or language disorder, it can be very difficult for people to understand what’s being communicated to them. As such, GPT‑3 is the best tool that can simplify our life.

GPT‑3 is a significant breakthrough, and it already has plenty of applications. It has been able to generate accurate text in dozens of languages, complete with diverse accents and styles. GPT‑3 performed ahead of humans in every aspect of comprehension, including understanding questions and answering them based on its memory.

GPT‑3 is also able to understand the contexts better which means that it could understand the situations surrounding a certain word or phrase and convey its depth of knowledge or wisdom impartially to anyone. The ability is really useful in resolving many complex issues such as those relating to terrorism, drug trafficking, crime, and predatory businesses.

Yes, it is biased, though

But one bad thing about this algorithm is that it can be biased or have specific preferences or even interests. For example, when asked what he thought about GPT‑3’s answers, Dennett himself said, “Most of the machine answers were pretty good, but a few were nonsense or obvious failures to get anything about my views and arguments correct”.

If AI in the future will be designed to deliver on its own specifics, it can potentially become an instrument for manipulation and control.

We should raise our concerns about AI, and we should work hard to make sure that the technology does not get abused by governments or businesses that have ulterior motives. However, we do not have a choice but to keep it in mind as AI is here to stay! As long as we are intelligent enough to use it properly and safely.

GPT‑2 is an unsupervised deep learning transformer-based language model created by OpenAI back in February 2019 for the single purpose of predicting the next word(s) in a sentence. The model is open source and is trained on over 1.5 billion parameters in order to generate the next sequence of text for a given sentence. GPT‑2 is 10x the parameters and 10x the data of its predecessor GPT.

GPT‑2 was known to have poor performance when given tasks in specialized areas such as music and storytelling. GPT‑3 can now go further with tasks such as answering questions, writing essays, text summarization, language translation, and generating computer code.

GPT‑3 is the most powerful and advanced text autocomplete program so far. It smartly spots the patterns and possibilities in huge data sets. By using that, it performs very amazing tasks that were impossible till now by an AI tool. According to The Verge, “The dataset that the GPT‑3 was trained on was mammoth”.

GPT-3 vs the future

It is clear that GPT‑3 is showing us a glimpse of the future of AI and one thing is certain it will only be a matter of time before it will make another milestone and surpass Human creativity and imagination.

The current AI are better at reading than writing and comprehending information than generating. GPT-3 has certainly pushed that limitation up to an extent.

The future of artificial intelligence will be managed by the future versions of “GPT”. The future of AI will no longer be about a human-to-machine interface. It will be entirely a robot talking to another robot to create a human-like robot.

How GPT-3 is showing us a glimpse of the “AI Future”?

Well, the current GPT-3 can produce texts. But inevitably, the output will just not be limited to text. In the future, who knows AI will give output in form of speech, or maybe in form of physics. You never know!

GPT-3 has already equaled a human philosopher. This is not a small achievement. This is something that wipes off the window glasses to show us a clearer future with AI.

Philosophers are hating GPT-3, though; not gonna lie. Who would have thought that AI would be taking the job of a Philosopher before anything else?

But jokes aside, we have to be responsible and careful while using GPT-3 and other forms of AI. We must not forget that technology is pulling us to the future and it is up to us what we do with it.

So, if you think AI is the future, keep your eyes wide open to possible dangers and errors in the system. But if you can comfortably accept and welcome this technological advancement, then carry on in your life without worrying. Whatever happens, we need to embrace it and find a way to make it work for us!

It can be seen that AI is not only the future of technology but also an integral part of the future. But this is only possible if we choose to be intelligent enough to take care of its side effects. With GPT‑3 as well as other tools, we as individuals can be able to adapt to the changes but all together has to come up with a decision as a whole community. To conclude, GPT‑3 is not here to remainin its present form forever. It will undergo a transformation, renovation, and further development with time. 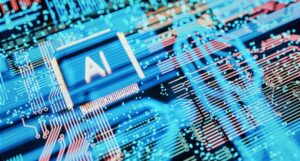