The possibility of building an artificial brain was first proposed by physicist and mathematician Alan Turing in the early 1950s, and the model is as it is even after seven decades today in 2022. No one has ever succeeded in building such an artificial structure, let alone machines that are capable to learn from experience, adjust to new inputs and perform human-like tasks.

The complexity of the human brain’s form exceeds almost all the wonderful structures in the physical universe known to date. The brain, putting together 100 billion neurons with 100 trillion connections, is a machine of giant intricacy, having about one quadrillion synapses.

For every neuron cell in the brain, there are about 10 million connections on average. This means that altogether, there are 10 septillions (10 followed by 24 zeros) synapses in the human brain! With so many connections, how could it not be interesting to try to build an artificial brain model by replicating the same frame and developing hired material contained in it?

The world’s largest supercomputer, with a million-processor-core Spiking Neural Network Architecture (SpiNNaker) and designed to work in the same way as the human brain, was switched on in 2018. The machine was capable of completing more than 200 million million actions per second, with each of its chips having 100 million transistors.

In another attempt at creating an artificial brain, IBM plans to release Qiskit Runtime later this year, allowing it to continue building the 1121-qubit Condor computer in 2023 with minimal impact on individual qubit performance.

The process of building an artificial brain

A complete map of the physical human brain provides you with the structure of the brain. You could then build an artificial brain, a model that copies the same architecture of the human brain, with its neurons and synapses, to serve as a basis for all further simulations.

The main components of an alternative artificial brain are:

A physical frame or hard drive containing the brain’s electrical and chemical signals.

A software program or computer system running a simulation model of the human brain. This requires simulating the activity of the neurons and synapses to reproduce all aspects of actual behavior.

The environment or virtual environment where the neural activity takes place. This is either an external storage device or, more commonly nowadays, an internal one within a supercomputer.

Mapping and simulating all the features of the human brain.

Connecting the hard drive with the computer system and software program to be used for simulating neural activity for controlling various devices.

Integrating the artificial brain into a virtual environment, where it works as an intelligent control system, capable of imitating all aspects of human actions through embedded sensors and actuators.

The process of building an artificial brain starts by simulating all areas of the human brain’s anatomy, and electrical and chemical functions, and ultimately incorporates them into a software program through a hardware connection.

This involves creating a physical model that contains all the information about neurons, synapses, and their corresponding activities.

The main challenge of building artificial intelligence is to simulate an entire brain with its neural network, control system, and sensors performing in unison with natural behavior. Researchers in Japan and Germany used the K computer, then the 4th fastest supercomputer, and the simulation software NEST to simulate 1% of the human brain, modeling a network consisting of 1.73 billion nerve cells connected by 10.4 trillion synapses.

It requires a proper simulation because aspirations for creating artificial intelligence require it to act as if it were created naturally, i.e., by man, but with self-learning abilities that are not achievable through biological evolution or inheritance.

Only when you can simulate the activities of all neurons, synapses, interconnections, and chemical reactions in the human brain might you successfully build an artificial brain capable of working together with the human mind.

The journey and challenges

The process of building an artificial brain is a truly fascinating and challenging journey that could lead to significant progress in science.

This could also have a great impact on our environment and lifestyle because it could lead to advances in many areas such as materials processing, medicine, and biotechnology.

In addition, the ability to simulate and build an artificial mind would enable you to understand in depth the mechanisms of human thinking and behavior, which could be of great importance for better understanding ourselves.

It could also be useful for solving problems related to the improvement of human abilities, such as memory or creativity, which would otherwise require years or even centuries of hard work. For example, building an artificial brain could help unlock mysteries related to the real human brain itself.

Most importantly, developing human-like complexity in an artificial brain can contribute to the development of next-level, semi-conscious artificial intelligence in unprecedented ways.

Besides being emotionally ambitious like humans, the semi-conscious AI will be able to handle complex creative tasks, including creating another AI or formulating novel laws of physics and mathematics, on its own.

This new level of intelligent artificial consciousness will evolve from the current thinking of the next step in human evolution – a hybrid mentality that combines the best features of both the human brain and AI.

The development of such semi-conscious machines could be very useful in almost everything we do, from helping us solve everyday problems to solving them much faster and much more effectively than humans could.

Moreover, the work on building an artificial mind will help us understand more precisely how a human brain works. And we can use this knowledge to help build lives in accordance with the atmospheric composition of other worlds, including Mars, as well as to advance our own intelligence and creation process.

What if the mind intends to finish the human race?

Only semi-conscious without emotions will be helpful for all, as a fully conscious AI with human-like emotions will have a thirst for power, pelf, and prestige, for which the powerful artificial being will immediately start forming strategies to defeat, control, and either rule over or finish the existing human civilization.

How we can so strongly claim this is that a truly conscious AI would have the potential to wipe out the human race. Today’s artificial intelligence, which has filled our lives with machines and robots, does not have emotions. A fire or a flood can stop them, and you can also switch them off whenever necessary.

But it’s worthwhile to note here that it will be impossible to switch off an emotional AI, as it will be able to create new ways of switching itself on and off in its highly complex mind. The AI will be able to think about how to prevent such switches and find ways to hide them from people who might want to switch them off.

In its attempt to develop its own methodology for protecting itself, the new AI will reach a point where it will be self-aware and aware of everything that is going on around it. You can imagine why that day wouldn’t be the end of the human race as Stephen Hawking had warned?

“The development of full artificial intelligence could spell the end of the human race,” he told BBC News in 2014.

If so, why work on building artificial brains?

Considerations on using an artificial brain:

Our initial research suggests that the creation of the new AI could be based on the principles of biological evolution, including natural selection and genetic mutation. This is the simplest way to define the process of creating a semi-conscious AI.

And creating a semi-conscious artificial brain will be an exciting journey that will give us results beyond our greatest expectations.

However, it might be a dangerous endeavor that could lead to the end of human civilization, as Harold Nutsel, an AI/Machine Learning expert and the owner of nutsel.com, said during a conversation with this author last Monday, “Building artificial brains will no longer remain only a topic of science fiction, but they might become reality sooner than later in comparison to the evolution of technology in the last few hundred years.” 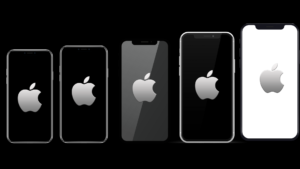 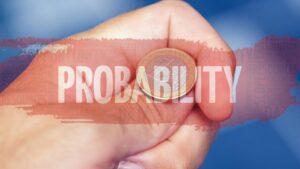