A heavy-duty model of the universe that can predict what comes next just landed on our concept desk and we really, really want to tell you all about it. All the phenomena in this physical world are guided by certain patterns, whether you observe them or not.

Recognizing those patterns can help us predict the future with a fair amount of certainty. Also, having this ability gives us a better understanding of how things work in general and how they are interconnected.

The hypothetical model in question is a simple and effective one that we were able to arrive at after combining two different general models known as “probability space”, a mathematical construct that provides a formal model of a random process or “experiment”, and “quantum theory”. It is designed to work with any kind of atomistic system.

“Everything in the universe is connected to each other” is the notion that the probability space model incorporates. It combines the quantum and classical worlds together.

Quantum theory, a physics model, employs probability theory to explain phenomena and predict possible outcomes of experiments. Probability space combines both these theories, explaining how things related to each other in the universe work by giving more weight to the uncertainty aspect of things rather than facts, which are less likely to change over time.

This model is based on a theoretical development known as “The Many Worlds Interpretation” ((MWI) of quantum mechanics holds that there are many worlds that exist in parallel in the same space and time as our own. It came about after the concept of superposition, which describes a system being in multiple states at once. That was the basis for the Schrödinger’s Cat thought experiment.

Many physical systems in nature can be approximated by a collection of interacting matter particles. According to quantum mechanics, particles can exist in multiple states at once. This means that each particle can be in several places at once or have several possible values for its energy level.

In order to predict what comes next, this model uses the probability of associated situations to infer a continuous future. It predicts how the systems will behave in the future and makes predictions that match experimental results.

For example, if you see a person in the distance and their face, hair, and clothes match those of a person you know, the model predicts that they are likely to be the same person. If they do not match this person’s face, hair, or clothes, then the probability is low that it is the same individual.

Prediction accuracy of “what comes next”

This model is able to predict the future very accurately by employing probabilities of probabilities from the beginning. It also incorporates all the possible outcomes of the system, which is similar to what has been done in quantum mechanics.

The model has proven itself to be successful in predicting various kinds of events, such as how an atom will behave when it decays after exposure to radiation. This can help researchers make improvements to their equipment and find new uses for the technology.

The model predicts a continuous future without requiring knowledge about its past incidents, which makes it extremely useful for science and engineering research.

In conclusion, the model that predicts what comes next has boundless applications because of how it incorporates everything in this world into one model.

For example, calculating the value of time can help you decide whether to drive or fly, save or borrow. You might even use it to figure out what career path you should take.

While the model is a theoretical development, researchers see it as a way to help us predict future events in general by using probability theory.

By using this model, we can also better understand how things are connected in this world and how they work, and that will help us come up with unique, better innovations and improvements. 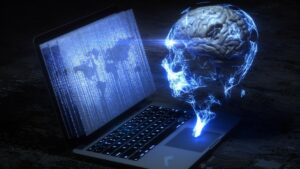