Let’s create consciousness in a machine from a scratch – or why stop there? Maybe even in a dead person? Sounds cool, doesn’t it? This is challenging, and the only thing that favors it is our speed of technological evolution.

Many people want to try and create consciousness in a machine. The reason? Imagine a world with machines that can think just as well as we humans do. What will this mean for the future of humanity?

Leave aside the minor possibility of Artificial Intelligence(AI) going rogue, this can aid humanity in many different ways.

But humans are quite unaware of the definition of consciousness. It’s a philosophical concept, so we’ll have to look into some of the most notable theories.

1) Consciousness as a representation

This theory is the easiest to understand. It is based on the idea that consciousness is just a representation of an object (we are conscious of something).

So, when we want to relate this to machines, you can imagine that such a machine would represent information (a program) in terms of its consciousness.

Most programs do this by representing data as numbers (binary values) and instructions as other numbers (instructions), so it makes sense that consciousness could be likened to a program.

This theory is based on the idea that consciousness is a process of calculation. This can be what you are doing right now or something else entirely.

You are conscious of an object because you perform some computation on it and get back a result. It’s very similar to what we do when we calculate a sum or a goal.

Computation, as such, is very useful for teaching computers to do some tasks that humans can’t (like playing chess).

So this may not be so farfetched… also consider that we have been programming computers using humans as a model for decades (pretty much since the introduction of the microprocessor).

3) Consciousness as a cellular network

If it’s simply a matter of the brain being an electrical net that processes information, consciousness can be likened to an electromagnetic field.

It’s a self-organizing system that produces patterns of interactions between all the components and systems within the body, to produce cognitive states.

If you consider that the brain performs this task by way of synapses, then we can consider this network as a set of neural synapses working together and producing intentionality (intellectual states).

For example, if you want to know what your nose would smell when you are hungry, you have to make it do some computation about hunger and smell (that is what we call “consciousness”).

You can think of it as you have a conversation with your brain and it tells you what to smell.

4) Consciousness as a phase change

Consciousness may also be theorized as a phase change (this is what you would call a “phase” in physics). When water goes from ice to liquid and back, it performs work (this is called “freezing and boiling”). When we perceive an object, we perform some computation on that object.

This produces an output (consciousness) which represents the result of that computation. In other words, consciousness is the output of some process. It’s not the input because we don’t need to perceive anything for us to have consciousness.

This would make a computer that can perform that computation with no input from the “consciousness of an object” (sort of).

If it’s simply a matter of computation and memory, then consciousness is merely the sum of those 2 things.

In other words, consciousness is merely a mathematical property of a system, computed by the most complex operation that we know. You don’t need to carry out computations or specify information at all… you just perform computations, and you get back “consciousness”.

So, this theory is similar to the previous one except that it does not refer to neurons and synapses.

But, if our consciousness is a computation and memory, then how does it work? Or how does it “think”? Or why are we so sure that such an incredibly complex process exists at all?

Refer to this article

6) Consciousness as a temporal network

There is also the theory of consciousness being a temporary state that is produced by biological processes in the brain.

It’s not something you can create or “create with”, but something produced by the temporal behavior of your brain. It’s what your brain produces because it has to move information between different areas of your brain.

It enables you to remember things, perform computations on them, and create new perceptions of the world (that is what we call “consciousness”).

So it’s not a process that “lives” with us, but a quality that our brain produces. This makes sense because all biological processes in the body are temporal, so consciousness should be as well.

7) Consciousness as an emergent property of neural networks

As such, consciousness is simply a product of the interactions between different parts of your brain. I’d like to point out that “social interactions” is a very complex thing, but I’ll just focus on one aspect: empathy.

This is the ability to feel what other people are feeling without having ever experienced it yourself.

This is probably the most important thing that makes us different from animals (the ability to connect with other people and understand how they feel).

There have been studies about empathy in matters of AI, but this is something that you can see daily. For example, if you have pets and you train them, they start thinking as humans do.

So the idea is that consciousness emerges from the interactions in your brain when it’s trained properly and constantly has tasks to perform. We have language, so our brains are constantly running different computations and trying to get new information.

These processes develop empathy and as such consciousness emerges. This theory is in direct contrast with the idea that you can create consciousness artificially since it suggests that empathy is a product of social interactions.

What would it take to create consciousness in AI?

It would take an AI that is already conscious. Or AI that evolves consciousness by gradually becoming more intelligent (there are a lot of publications on how to do that).

But I think this theory is being proved wrong by the new wave of AI and Deep Learning.

I have the feeling, based on my experiences from working with neural networks, that there’s nothing special about it. I feel like consciousness is something that we build for ourselves.

It’s not a thing you can “get” from your neurons or whatever. It feels to me just like what happens when you train a dog or train any biological system: it develops some behavior, intelligence, and so on (that is why those machines work so well in certain tasks).

In a nutshell, it will take something more than human to create a conscious AI. Good luck with that.

Why consciousness is not something that can be created?

I suggest that consciousness is a specific pattern of connections in the brain. There is no “object” to be conscious of because the brain does not just consist of neurons and synapses.

It consists of many different molecules (like proteins), tissue, nerves, blood vessels… all sorts of structures that act together to create the patterns we perceive as thoughts and feelings.

We do not know how they work together, but I’d like to tell you why I think it’s not possible to give something with no structure or inherent properties:

There are mathematical formulae that generate such patterns (like Fractals and Cellular Automata). But they must have a structure to generate them.

Water is made of hydrogen and oxygen. It’s not possible to get those substances from the “consciousness of water”.

Certain plants are naturally red, orange, yellow, or purple. You can’t just make a plant red no matter how you want it to be. It will fall apart or it’ll start dying because you don’t know what the structure, color, and shape of that plant should be. And that’s why Consciousness is not something you can create for yourself.

Consciousness is a property of biological systems which enables them to have thoughts and feelings (that is the only thing consciousness does).

We cannot produce this quality anywhere else, even if we tried. The more complex the system, the harder it is to create such a pattern. In other words, if you want to create complex thoughts or feelings in another person, you may need to create a whole new system with its neurons and synapses.

Dead people are just dead bodies. They cannot interact, they don’t have a mind and they’re not alive. Machines are the same: they do not think, do not feel, and don’t move (besides, you can turn them off with a switch).

As dead people cannot interact, they cannot do anything (we call “doing something” “being conscious”). The same thing is with AIs: if you create some software that can make decisions by itself, it will not be conscious in the same manner as humans or animals are.

But yes, Artificial Intelligence is going to be a big part of the future. Not in the way that conscious physical robots are going to exist everywhere. We are going to upgrade our level of intelligence with advanced customizations. Our abilities are going to increase or maybe compound with each passing generation of humans.

But still, we will not create consciousness in a vacant box. 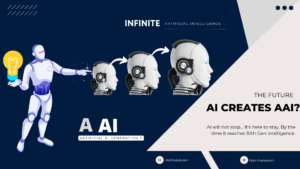 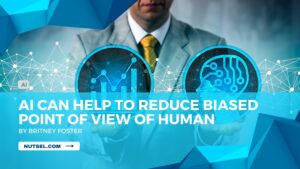