Creating free will in AI would be awesome – “exaggerating” would it be if we could program AI to control human free will in the first place?

When it comes to speculations, the terms “free will” and “artificial intelligence”, if reacted, often create an exploding war of ideas. There’s enough space for thousands and thousands of arguments to emerge from both sides.

Many of them will be incredibly accurate and well-measured, though extremely speculative. There will still be no definite answer to what free will is, or whether AI can ever have it.

To make things more complicated, free will is a very subjective thing and there’s no way of proving that you have it over another person who either says ‘they do’ or says “they don’t”.

Of course, if one could program a computer to be able to control human free will, that would be the ultimate power grasp and a giant leap for science and AI. If you could control someone else’s actions perfectly whilst also controlling their thoughts as you wanted, then you would be able to basically do whatever you want with that person at your side.

Well, one can wonder for a long time about this speculation, but there is another question that somehow seems more relevant to me.

Let’s say, we are able to control the free will of a human being by programming AI to do it. What would be the purpose of controlling free will? And how exactly would you go about doing it?

To answer these questions, I’ll describe from my point of view what would be the possible scenarios in which controlling someone’s free will could make sense:

These were the potential purposes of controlling free will with AI. But the questions now are “if”, and “how”.

Can we program AI to control human free will?

Now, let’s say we don’t want to program AI to directly control free will – but rather to understand it. I can say that there is a very big chance that at least a few of the purposes listed above will be achieved in the next 20 or so years, simply because of rapidly increasing research works in the field. For instance, Meta AI recently proved that it can tell which words you hear by reading your brainwaves.

But remember, many experts in this field believe otherwise and believe that it will never be possible as long as we are thinking with our “natural” human brain.

Let’s get to the more important thing for us — “how?”.

How would we possibly go about programming AI to understand human free will? To me, it seems quite simple — we would have to make a machine that would understand the fundamental human mind, and most importantly, learn the thought patterns and reasoning of a human by observing us.

There are many ways, like using imaging devices such as a next-next level of NIRS or CT scan, or EEG, to observe and understand the human mind. So, even when I’m talking about billions of neurons firing at the same time, I wouldn’t call it “unobservable”.

I find this a more reliable way to understand the human mind not just because there are more machines that can observe and manipulate our brains in software and hardware, but because – let’s be honest – we as humans tend to be rather predictable. This characteristic would also help in programming AI to understand predictability and control our free will.

Of course, we aren’t there yet and we don’t know if we’ll ever be able to create this machine. But it is quite simple to imagine it – a computer that could perfectly interpret every action, word, feeling, and thought of another person. As opposed to the human person’s original mind we could call it a “copied mind”.

Now, the problem with this “copied mind” is that you can make one with AI but its purpose won’t be controlling free will because biological beings would never accept something they believe they have over other beings (and they do have free will).

By learning and analyzing millions of historical image patterns, AI can now create a unique image out of your random text.

The same for human thought processes would mean a step further towards creating AI that can control our free will. By analyzing our thought patterns, AI will (not) simply be able to predict our potential actions, hence affecting our free will.

A step further would be to create a copy of each of our minds, thoughts, feelings, and dreams. And this would mean AI controlling our free will in the sense that it would be totally predictable and more importantly, controllable by us. 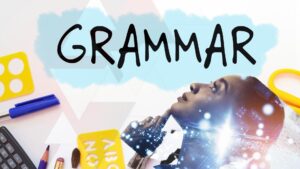