Tesla, a US company best known for its electric cars, has started to broaden its empire.

Tesla is putting some of its upcoming projects on hold and directing resources toward the development of its humanoid Bot. The company is seeking talented programmers to develop software for the Optimus robot.

Tesla is holding Tesla AI Day, its second annual event, on September 30. It is rumored to be presenting a working prototype of the humanoid robot Optimus at the event.

In October 2017, Sophia, David Hanson’s invention in 2016, was given Saudi Arabian citizenship and became the first humanoid robot to receive citizenship from any country.

Factory owners now prefer to use humanoid robots as they not only increase speed for manufacturing processes, in part by operating 24/7, but also conserve funds, time, materials, and space while at the same time increasing production and product quality.

While the world’s first humanoid robotics mass production factory was opened in Turkey in December 2017, Tesla, a US company best known for its electric cars, has unexpectedly changed course recently, putting some of its upcoming projects on hold and directing a surprising amount of resources towards the development of its humanoid Bot.

Tesla is aiming to develop humanoid bipedal robots at scale in the expectation that hundreds of these bipedal machines will eventually work in its factories. These robots will automate repetitive and tedious jobs.

Although the maker did not provide a specific timeline, it explicitly admitted that it intended to employ thousands of them in a new job posting on its official website where it is seeking talented programmers to develop software for the Optimus robot.

The motion planning stack, which is the core of the Tesla Bot, offers a unique opportunity to work on cutting-edge motion planning and navigation algorithms that will eventually be deployed to real-world production applications. From idea to deployment, this stack is developed and maintained by their motion planning software engineers. Most importantly, Tesla notes that thousands of humanoid robots working in their factories will regularly collect your work and apply it.

The company is holding Tesla AI Day, its second annual event, in less than a week on September 30. Tesla is rumored to be presenting a working prototype of the humanoid robot Optimus at the event, though this has only ever been hinted at and not confirmed.

Elon Musk stated in a tweet from the start of June that the Tesla AI Day #2 program had been delayed from its originally scheduled date of August 19 to the end of September to allow the company time to get the prototype ready for a public display. Moreover, Tesla will go about its most recent developments in AI, Full Self-Driving, the Dojo supercomputer, and more.”

Factory engineers around the world have been complaining for many years that human workers are not as productive and efficient as they would like them to be, so one of the main reasons why they are investing in humanoid robotics is that they expect them to be better than human workers.

The first suggestion of a workforce made up of robots was made by Ford Motor Company CEO and founder Henry Ford over one century ago, back in 1914. Ford argued that machines could complete a lot more tasks than workers since once designed for such work, the machines would do it faster, less expensively, and with more quality.

If this trend of using robots for production continues, the number of workers in manufacturing industries will most likely be reduced.

People have now started questioning “When”, more than “if” and even “What if”. Substitution of human labor by robots in the manufacturing sector is inevitable. Its consequences are yet to be imagined. 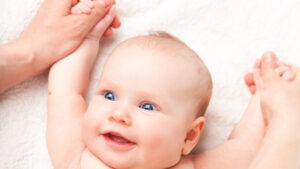 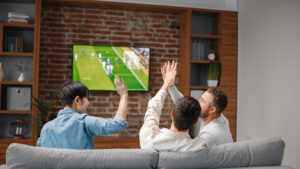