Scientists have now become successful to turn dead spiders into robots, signaling the dawn of creating biohybrid robots in the future.

As reported on July 25 in Advanced Science,  scientists, working in a field known as “necrobotics”, converted wolf spider corpses into manipulative grippers.  The only thing the team needed to do was insert a syringe into the back of a dead spider and superglue it in place. Its legs clench open and shut as researchers pushed fluid into and out of the corpse.

According to Faye Yap, a mechanical engineer at Rice University in Houston, the idea was born from a simple question: Why do spiders curl up when they die?

And the answer is spiders are hydraulic machines, which control how much their legs extend by forcing blood into them. As a dead spider no longer has that blood pressure, its legs curled up.

Yap and her team first tried putting dead wolf spiders in a double boiler, hoping that the wet heat would make the spiders expand and push their legs outward. That initially didn’t work. However, when the researchers injected fluid straight into a spider corpse, they found that they could control its grip well enough to pull wires from a circuit board and pick up other dead spiders. The necrobots started to become dehydrated and show signs of wear only after hundreds of uses.

The researchers say that they will coat spiders with a sealant to hold off that decline in the future. But, Yap said that the next big step is to control the spiders’ legs individually and in the process, figure out more about how spiders work. After that, her team could translate their understanding into better designs for other robots.

Wondering whether it’s okay to play Frankenstein, even with spiders, Yap says, “No one really talks about the ethics when it comes to this sort of research”.

This research has signaled the possibility of creating a new class of biohybrid robots, which are expected to be able to do work in harsh environments, such as the deep sea. These would have the ability to move through water without a propeller. For example, Virginia Tech College of Engineering researchers 2013 unveiled a life-like, autonomous robotic jellyfish the size and weight of a grown man, 5 foot 7 inches in length and weighing 170 pounds.

This study is an example of how engineering and biology can be combined for the creation of new technological tools and applications. 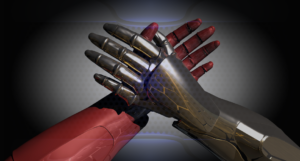 Previous post Why Robotic arm is the future of humanity?
Next post Meta AI’s new “BlenderBot”: The next generation!