Blood, grown in a laboratory, was transfused into humans for the first time in a landmark clinical trial. According to U.K. researchers, this could significantly improve treatment for people with blood disorders and rare blood types.

Two patients in the United Kingdom received tiny doses of lab-grown blood, equivalent to a few teaspoons, in the first stage of a larger trial to see how lab-grown blood behaves inside the body.

The trial, which will now include 10 patients over a few months, will compare the lifespan of lab-grown cells to that of standard red blood cell infusions.

The average blood donation currently costs the NHS around £145, according to NHS Blood and Transplant. Alternatives grown in laboratories would almost certainly be more expensive.

The researchers say the aim of lab-grown blood is not to replace regular human blood donations, which will continue to account for the vast majority of transfusions. However, scientists may be able to create extremely rare blood types that are difficult to obtain but are critical for people who rely on regular blood transfusions for conditions such as sickle cell anemia.

Dr. Farrukh Shah, medical director of transfusion for NHS Blood and Transplant, one of the project’s collaborators, was quoted by CNBC as saying that this world-leading research lays the groundwork for the production of red blood cells that can safely be used to transfuse people with disorders like sickle cell.

Dr. Farrukh also stated that normal blood donations would continue to be required to supply the vast majority of blood. However, the potential for this work to benefit hard-working transfusion patients is significant, she added.

How does it function?

The research, conducted by researchers from Bristol, Cambridge, and London, as well as NHS Blood and Transplant, focuses on red blood cells, which transport oxygen from the lungs to the rest of the body.

To begin, a regular blood donation was obtained, and magnetic beads were used to detect flexible stem cells capable of transforming into red blood cells.

The stems were then immersed in a nutrient solution in a laboratory. Over a three-week period, the solution encouraged those cells to multiply and develop into more mature cells.

Before being stored and later transfused into the patients, the cells were purified using a standard filter, the same type of filter used to remove white blood cells from regular blood donations.

For the trial, lab-grown blood was tagged with a radioactive substance commonly used in medical procedures in order to track how long it remained in the body.

The same procedure will now be used in a trial of ten volunteers who will each receive two donations of 5-10 mL at least four months apart, one of normal blood and one of lab-grown blood, to compare the cell lifespans.

How much will it cost?

Nonetheless, the technology comes with significant current costs. The average blood donation currently costs the NHS around £145, according to NHS Blood and Transplant. Alternatives grown in laboratories would almost certainly be more expensive.

According to NHS Blood and Transplant, there is currently “no figure” for the procedure, but lab-grown blood costs will be reduced as the technology is scaled up.

If the trial is successful and the research is effective, as a spokesperson told CNBC, it could be implemented on a larger scale in the future, lowering costs. 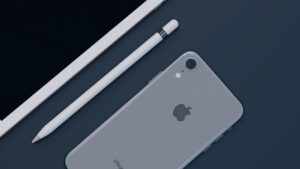 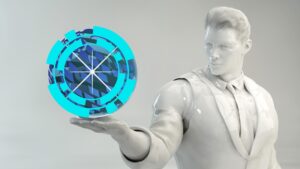 Next post 5 Ways to Landing an Educational Technology Job