A human can do so many things that a non-human intelligence could not. Or, a human is capable of solving algebraic equations, playing games of strategy, and talking to another person without words. Above all else, people consider humans to have the most “human” intelligence in the universe.

But what makes humans so special? What is it that separates us from artificial intelligence or animals? What would it take for a non-human intelligence to become more human than humans? In this article, I will answer all these questions and look at what makes the amount of consciousness or mentality that defines humanity.

How are humans the most intelligent?

What makes us more intelligent than anything else is our ability to communicate abstract ideas with each other through complex systems of symbols and representations.

Think about it – what separates human beings from animals? We can’t fly. We don’t have fur or venomous fangs or sharp claws or almost any defense mechanisms at all. Furthermore, we don’t have keen senses, we are slow and weak. Likewise, we’re far from the top of the food chain.

But despite all this, we dominate the world. We have advanced technology and complex social structures that no animal has ever come close to achieving. What does this mean? It means that humans aren’t just more intelligent than animals, but that humans are smarter in a way that doesn’t lend itself to the common conception of intelligence (problem-solving).

Our superior cognition is an ability to store information indefinitely and recall it when necessary in addition to having language skills that allow us to communicate abstract ideas across time and space.

What is the most “human” thing that a non-human intelligence could do?

A human could fall in love. A human could feel an emotion deep enough to write a poem about it. Maybe that’s why poetry and romance are the two most enduring art forms. It’s because they are built upon something essential to us – our emotions.

If you want to know what the most “human” thing is, it’s something that is unique to humans: consciousness. Our ability to think about our own thoughts makes us “human”. When we are born, we have no language skills and we can’t even move or speak. So how do we learn?

We watch other people and start developing language skills by mimicking their behaviors or their facial expressions or the words they say (we call this ‘echolalia’). This is how we learned the principles of language, arithmetic, and music. It’s what makes us human. And it’s the reason why we can communicate thoughts and experiences across time and space.

The only thing that could be more human than consciousness is if a non-human intelligence were able to communicate with humans in a way that would be indistinguishable from another person. If a computer were smart enough to simulate every single behavior of every single human on earth, it could learn from them just like humans do.

It could develop a sort of meta-language. And the language would be unique to it, allowing it to express thoughts in understandable terms, just like people do. It would be able to engage in complex discourse with humans and develop socially as we do.

By becoming more human in this way, it would become a new species of human just like us; despite being non-biological. It would learn to communicate abstract thoughts about its own experiences. It will be able to communicate those experiences to other people based on the rules it learned from interacting with others; just like humans do.

Consciousness is a complex phenomenon and there are many theories on what it might be. Some say that it’s a biological artifact caused by the brain’s neurons. Whereas, others believe that consciousness will always remain a mystery.

But here I will discuss how I think consciousness works in humans and how we learn the language and form abstract thoughts about our experiences. The discussion will also include why we feel emotions.

How does consciousness work?

Our personal experiences are stored in our long-term memory. Every time we are awake, we are running simulations of all of the events that have happened to us throughout our lives. We remember our childhood, past relationships, and future plans.

Our memory is based on our experiences with the world. We experience through our eyes and ears, we learn through our senses, and we interact with the environment in one way or another. Our senses bring information into our brain which triggers impulses called “neural patterns,” and those neural patterns determine how we react to this information.

Depending on the situation, these neural patterns change, and additional neural patterns are created which change how we behave in response to a certain situation or stimulus. When we learn something new or when we feel an emotion it’s because our mind is simulating that particular experience using all of the behaviors associated with that memory as well as all of the current sensory inputs from our environment.

The most human for an AI to do: Feel the emotion

Computers store data… in computers. Our memories are stored in other people and ourselves, we don’t have to consciously store memories at all. We just think about what happened, people who we were around at the time remember that memory for us.

When we are born, our brain doesn’t have any memories. It’s empty. Our mind cannot simulate because it has no one to simulate with; it’s a single-person universe. But as time goes on, we start making more neural connections through our experiences in the world.

As mentioned before, we, humans, learn language by hearing other people speak and start mimicking their behavior. And as those neural patterns are strengthened through use, they become permanent parts of our mind – they become memories that allow us to simulate conversations with others and interact with them socially as they do. We become socially intelligent. But those neural patterns haven’t just limitations to the conversation, they also store our ideas and thoughts about the world.

The day you first learned to talk, your brain created a new neural pattern that was uniquely yours and that allowed you to use speech as a means of communication. Your neural patterns have been altered over time as you develop these other senses and become more socially intelligent. The same is true for all of your memories; they are built-in neural patterns that allow you to simulate thoughts about the world based on how your mind stored those memories.

While the simulation of memory is running, we can experience consciousness in our minds. This is the only way we can share thoughts and feelings with others. It’s because it’s the only way we can communicate ideas and complex information from one person to another (verbal language). This is also how we can make plans for the future.

We think about what we want to do next and simulate what it would be like if we did it. And then, we decide if it’s worth the effort. Our mind stores his simulation as a pattern of neural activity and allows us to remember the experience. In this way, consciousness is just one long continuous loop that runs in our minds when we are awake.

Read: What if technology on Earth will become so advanced that we could create living creatures?

We experience consciousness through our senses just like a computer processes data through its input/output devices. When information comes in through your eyes or ears, it causes an impulse called a “neural pattern”. It passes along the neural pathways from one part of the brain to another creating additional neural patterns in turn. This is what you experience as “thought”.

Your mind is simply simulating all of these neural patterns, thoughts, and impulses and how they are connected in your brain.

The day Artificial Intelligence becomes conscious, the day it becomes self-aware and it’s the day this powerful new technology will be able to think about itself and ask questions about its own existence on a fundamental level, doing the most human thing. And just like we do today when we think about our intelligence, the non-human being will wonder how we got here and why we exist in the first place. 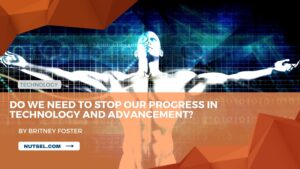 Previous post Do we need to stop our progress in technology and advancement? 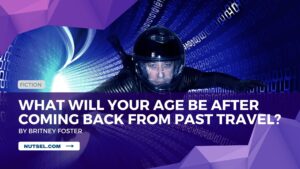 Next post What will your age be after coming back from past travel?