Although the difficulty is a challenging aspect to balance in video games, doing it properly is essential to giving gamers a satisfying experience.

The researchers’ work may help to balance game complexity and enhance the appeal of games to different sorts of gamers.

Dynamic difficulty adjustment (DDA) is a method for automatically altering a game’s features, behaviors, and scenarios in real-time depending on the player’s skill so that the player does not get bored or annoyed whether the game is very easy or very difficult.

For instance, the game’s DDA agent may automatically raise the difficulty if player performance exceeds the developer’s expectations for a particular difficulty level, raising the challenge for the gamer. This method is helpful, but it has limitations because it just considers player performance, not how much pleasure they are truly having.

Generally, games with difficulty levels will run on a scale that includes some or all of the following:

To help make its races more exciting and entertaining, regardless of the skill level of its players, Mario Kart, for example, has included various levels of dynamic difficulty in nearly every iteration.

A research team from the Gwangju Institute of Science and Technology in Korea modified the DDA approach in the study published in Expert Systems With Applications.

They developed DDA agents that adjusted the game’s difficulty to optimize one of four different aspects related to a player’s satisfaction: challenge, competence, flow, and valence, as opposed to focusing on the player’s performance.

The DDA agents were trained using machine learning, utilizing data collected from real-world players who participated in a fighting game against different artificial bits of intelligence (AIs) and then provided feedback.

Associate Professor Kyung-Joong Kim, who led the study said that one advantage of the approach over other emotion-centered methods is that it does not rely on external sensors, such as electroencephalography. “Once trained, our model can estimate player states using in-game features only”, added Associate Prof. Kim.

Related: A way to “Detect Speech” from People’s brain

Through an experiment with 20 volunteers, the researchers verified that the proposed DDA agents could produce AIs that improved the players’ overall experience, no matter their preference. This marks the first time that affective states are incorporated directly into DDA agents, which could be useful for commercial games.

According to Associate Prof. Kim, commercial game companies already have huge amounts of player data, which they can exploit to model the players and solve various issues related to game balancing using our approach. As mentioned by the team, this technique also has potential for other fields that can be ‘gamified,’ such as healthcare, exercise, and education.

The researchers’ effort in developing AIs could contribute to balancing the difficulty of games and making them more appealing to all types of players. 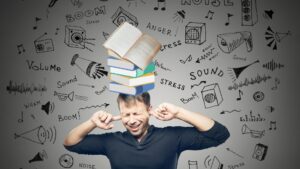 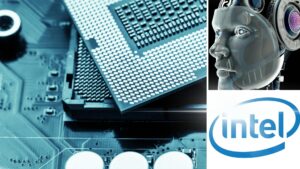