As Japanese researchers are programming them to assist in disaster relief efforts and research in catastrophe-hit areas, swarms of cyborg cockroaches will be the first to identify trapped survivors in any catastrophe, such as an earthquake.

Hope for immediate action to save and rescue victims has been aroused by the researchers’ recent presentation of their capability to mount “backpacks” of solar cells and electronics on the bugs and control their motion with a remote.

The flexible solar cell film was developed by Kenjiro Fukuda and his team at the Thin-Film Device Laboratory at the Japanese research giant Riken. It is 4 microns thick, or roughly 1/25 the width of a human hair, and can fit on the insect’s abdomen.

The film allows the roach to move around without limitation, and the solar cell generates enough power to process and convey directional information to the sensory organs on the bug’s hindquarters.

The study expanded on previous insect-control studies conducted at Nanyang Technological University in Singapore, and it may one day produce cyborg insects that can enter danger zones far more rapidly than robots.

“The batteries inside small robots run out quickly, so the time for exploration becomes shorter,” Fukuda said. “A key benefit (of a cyborg insect) is that when it comes to an insect’s movements, the insect is causing itself to move, so the electricity required is nowhere near as much.”

The research team chose Madagascar hissing cockroaches for the research because they are sufficiently large to carry the necessary equipment and lack wings that would hinder the experiment. The bugs can maneuver around minor obstacles or right themselves when they are flipped over, even with the backpack and film attached to their backs.

There is still much to learn about this topic. In a recent demonstration, Riken researcher Yujiro Kakei told a cyborg roach to turn left, causing it to scramble in that general direction using a specialized computer and wireless Bluetooth signal. But the bug turned in circles when it obtained the “right” signal.

The next task is to miniaturize the parts so that the insects can move more easily and so that sensors and even cameras may be mounted. Kakei stated that he invested 5,000 yen ($1 = 143.3100 yen) on parts from Tokyo’s famous Akihabara electronics district to construct the cyborg backpack.

The roaches can be removed from the lab’s terrarium by removing the backpack and film. The insects can live up to five years in captivity and reach maturity in just four months.

Fukuda sees a wide range of applications for the solar cell film, which is made up of small layers of plastic, silver, and gold, beyond just disaster rescue bugs. The film could be integrated into skin patches or clothing to track vital signs.

He said that on a sunny day, a parasol covered with the material might produce enough electricity to recharge a phone. 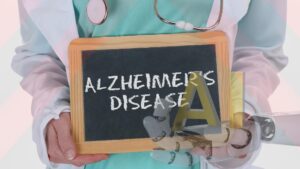 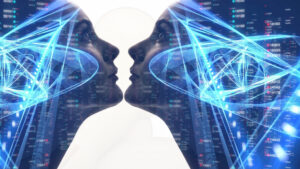