Researchers have used artificial intelligence techniques to examine structural and cellular features of human brain tissues to help determine the causes of Alzheimer’s disease and other related disorders.

Instead of using traditional markers like amyloid plaques, the Mount Sinai research team found that studying the causes of cognitive impairment using an unbiased AI-based technique revealed unexpected microscopic abnormalities that might predict the presence of cognitive impairment. On September 20, these findings were published in the journal Acta Neuropathologica Communications.

Stating that AI represents an entirely new paradigm for studying dementia and will have a transformative effect on research into complex brain diseases, especially Alzheimer’s disease, co-corresponding author John Crary, MD, PhD, Professor of Pathology, Molecular and Cell-Based Medicine, Neuroscience, and Artificial Intelligence and Human Health, at the Icahn School of Medicine at Mount Sinai, said, “The deep learning approach was applied to the prediction of cognitive impairment, a challenging problem for which no current human-performed histopathologic diagnostic tool exists.”

The medial temporal lobe and frontal cortex were the two brain regions whose underlying architecture and cellular features the research team identified and analyzed. The researchers used a weakly supervised deep learning algorithm to assess slide images of human brain autopsy tissues from a group of more than 700 elderly donors in order to predict the presence or absence of cognitive impairment in an attempt to improve the standard for postmortem brain assessment in order to identify signs of diseases.

In a supervised learning environment, the weakly supervised deep learning approach can handle noisy, limited, or imprecise sources to provide signals for labeling substantial amounts of training data. The amount of myelin, the protective layer around brain nerves, is measured using the Luxol rapid blue staining, and this deep learning model was used to identify a decrease in the quantity of myelin.

The white matter, which is involved in learning and brain functions, showed a concentration of myelin staining that was decreasing in amount, dispersed in a non-uniform manner across the tissue, and associated with cognitive impairment. The accuracy of the two sets of models that the researchers developed and used to predict the presence of cognitive impairment was better than that of guessing.

According to their findings, the diminished staining intensity in certain brain regions identified by AI may provide a scaleable platform to assess the presence of brain impairment in other related disorders.

The methodology establishes the framework for further research, which may involve using artificial intelligence models on a bigger scale and further dissecting the algorithms to improve their reliability and accuracy. The group said that the ultimate aim of this neuropathologic research program is to create better therapeutic and diagnostic methods for patients with Alzheimer’s disease and associated disorders.

Read: AI is earning trust as much as humans to flag hate speech

“It is critical to perform further interpretability research in the areas of neuropathology and artificial intelligence, so that advances in deep learning can be translated to improve diagnostic and treatment approaches for Alzheimer’s disease and related disorders in a safe and effective manner,” added W. Farrell.

“Interpretation analysis was able to identify some, but not all, of the signals that the artificial intelligence models used to make predictions about cognitive impairment. As a result, additional challenges remain for deploying and interpreting these powerful deep learning models in the neuropathology domain,” said the study’s lead author, Andrew McKenzie, MD, PhD, Co-Chief Resident for Research in the Department of Psychiatry at Icahn Mount Sinai. As a result, there are still more difficulties in applying and understanding these potent deep learning models in the field of neuropathology.

This new study provides an important step forward in the development of AI models that can be used to predict cognition clinically from tissue slides. Future work will involve continuing AI and deep learning work on more standard histopathologic features as well as other brain regions relevant to cognition.

Also involved in this study were researchers from the University of Texas Health Science Center in San Antonio, Texas; Newcastle University in Tyne, England; Boston University School of Medicine in Boston; and UT Southwestern Medical Center in Dallas.

One of the largest academic medical systems in the New York metropolitan area is Mount Sinai Health System, which employs over 43,000 people across eight hospitals, over 400 outpatient services, around 300 labs, a school of nursing, a leading medical school, and graduate education. 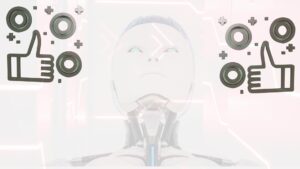 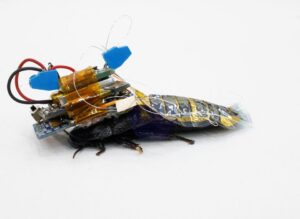