In the field of tissue engineering, a milestone has been set when a 20 year old woman received a 3-D printed ear implant made from her own cells on Thursday. The woman was born with a small and misshapen right year. The New York Times reports that this transplant is the first known example of a 3-D printed implant made of living tissues.

According to the report, the new ear was transplanted earlier in March. And it is shaped precisely like the patient’s other ear. Regenerative medicine company 3DBio Therapeutics said, NYT writes, “The new year will continue to regenerate cartilage tissue, giving it the look and feel of a natural ear”.

Tissue engineering: What exactly is it?

While traditional approaches use an individual’s own cells to grow new parts, this one goes a step further by using 3D printers to build those parts with the right shape. While several research groups have been working on printing blood vessels, only a few have tried to create ear-shaped tissue.

Will the transplant be successful?

Although the company has not revealed any technical details of the transplant yet, officials involved in the transplant said that the chances that the transplants could fail or bring unanticipated health complications do exist. However, the possibility of the new ear being rejected by the body is highly unlikely. It’s because the ear is made from the patients’ own tissues.

The report says: A 3-D printing is a manufacturing process that creates a solid, three-dimensional object from a digital model. It involves a computer-controlled printer that deposits material in thin layers creating the precise shape of the object. The pharmaceutical industry has been using the 3-D printing technology for several years now.

Significance of the tissue engineering

It’s said to be a milestone in tissue engineering. It’s because it’s the first ever tissue engineering that is done with a patient’s own cells. It also helps the researchers to better understand how living tissues work.

The field of tissue engineering is rapidly growing. Researchers are creating tissues made from a patient’s own cells in order to create tissues compatible with their bodies.

Medical experts say its use has so far been majorly confined to producing custom-fit prosthetic limbs. They are usually made of plastic and lightweight metals. But, the ear implant – made from a tiny glob of cells harvested from the woman’s misshapen ear – is said to be a game changer as per experts in the field. Scientists say that the success of this transplant would mean that 3-D printing could even produce far more complex vital organs, like livers, kidneys and pancreases.

The transplantation of the 3-D printed ear will pave the way for a new era of reconstructive surgery; and tissue engineering that could revolutionize the future of medicine. 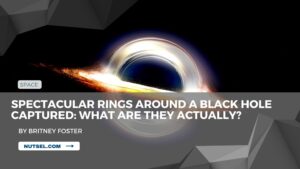 Previous post Spectacular Rings around a Black Hole Captured: What are they actually? 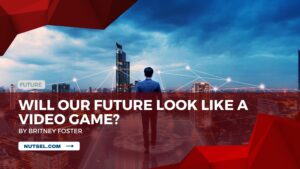