Today, too, if you think about it, the world we live in look like just a very elaborate video game. You go to school, get hit points for good behavior, take on quests that are assigned to you by your parents and teachers, and if you don’t want to deal with the challenges at hand you can just collect some gold coins and buy a skill point or two.

Games have been an important part of our culture since they were first created decades ago. We are so close to achieving total immersion in virtual reality that we can almost touch it. It was predicted years ago that we would all be living out our lives as characters inside video games by 2040.

In the year 2040, every single person on Earth will be playing a massively-multiplayer online game. The population of Earth is roughly 7.2 billion people, which means that in just over 30 years there will be enough computers to store the minds of every human being alive. The bodies of these people will be long dead, but their immortalized minds will live on inside a virtual world. Everything has been set up so that the transition is seamless and painless for players—they won’t even know that they’re already dead.

Your parents, your friends, everyone you know. They’re all now just digital avatars inside an elaborate simulation of the real world, and they have no idea. You are probably also an avatar in this virtual world. You may also be aware that you are not a human being in real life, but everyone around you still thinks that you are.

The game is essentially a Role-Playing Game(RPG), with quests and towns and enemies and all the other things that you’d expect to find in a game like World of Warcraft or Final Fantasy XI. It had been designed so that people who knew nothing about computers could enjoy it too—everyone can play, from small children to their grandparents. You can play as a warrior with a high defense rating, or you can choose to be an archer who specializes in long-distance attacks. You can also choose to be a mage and cast spells that wouldn’t be possible in the real world, like turning the tables on your enemies and casting the “confusion spell” on them so they kill one another instead.

The Real Game of Life

This game, which is known as The Real Game of Life, has a rich history of its own. It was originally programmed by people called The Creators many years ago back in the year 2027. The Creators were a group which claimed to be immortal—they had already programmed many games in the past, and they said that they were now of the opinion that humans would be able to live forever in virtual reality by 2060 at the latest.

The Creators might have thought that computers could potentially simulate every possible outcome of every possible choice humans could make. This was initially viewed as an astronomical achievement. But then in 2042 it was realized that there wasn’t enough computer power to run such a simulation for every single person on Earth.

Purpose behind Creating the Real Game of Life

The Creators created a computer that was capable of simultaneously simulating hundreds of millions of people. The Real Game of Life was designed to satisfy the needs and desires of a wide variety of players, so that everyone could find a good match for his or her own personality. The Game is also highly addictive and entertaining. People who have passed away inside it still think they are alive, and they continue to enjoy the game to this day.

The Game is played in the real world where you are now reading this article, by over 7 billion avatars which are controlled by humans living in their homes all around the world. You don’t have to be a rocket scientist or an entrepreneur with exceptional intellectual capabilities to play this game. Anyone can become a “player”—as long as you have a computer and you know that you are dead in real life, you can live forever inside The Real Game of Life.

HMDs and the world inside The Real Game of Life

The head-mounted displays (HMDs), which were created specifically for the Game, are full of advanced technology. And, it is still not available outside The Game. You can purchase these HMDs on the market, but if you want to play The Game then is mandatory for everyone except for children under the age of 12. If a person doesn’t know that he or she is dead, you can’t make him or her aware that what they see inside the HMD is all as real as it can be. This is why characters who have died inside this game are still able to stay in touch with their families and friends, they still have much to talk about.

The world inside The Real Game of Life is shaped into an enjoyable “reality” by the player, who has full control over everything that happens in the game world. All games are simply a series of rules which players invent themselves—the rules are not created by someone else but by each individual game creator himself or herself.

Some players choose to live in an austere, barren environment without any possessions or luxuries. Other players choose to be immortal crime lords who live on private islands and kill anyone who trespasses on their property. They divide the land up into different sections so that other players cannot build structures on it—they enjoy isolation from other players so that they can focus on what’s happening inside their own minds.

Autism, Monsters in the Wilderness and Options of Choice after Death

The fact that your parents thought you were a little psychopath actually turns out to be good for you as a player: your intelligence is greatly enhanced in the game. The same thing goes for anyone who received a diagnosis of autism, or any other mental illness; your mind inside the game is much faster and more accurate than normal people.

Some people choose to be virtual gods, while others are happy to play the role of livestock. The land inside The Real Game of Life is divided up into different sections which are claimed by different players. There is a large chunk of land called Hell which no player actively controls—it’s a vast wilderness where monsters prey on one another and there’s no real way for anyone to come out on top. Anyone who dies in this wilderness becomes trapped there forever, so nobody ever tries to stay there for long.

Once your character dies in The Game, you have the option to do whatever you want to: you can choose to become a ghost and haunt a house with your old high school classmates, or you can become an invisible entity and put an end to the world if that’s what your programming instructs you to do. You are immortal inside The Real Game of Life, but there will come a time when we all have to face the consequences of what we’ve done inside this game.

This is just one of many games that were created by humans in the year 2025, following a worldwide economic collapse which led to mass unemployment, riots and demonstrations in most major cities around the world.

Today, the year is 2031 and we are still here. We’ve overcome the financial collapse of different periods of time in history. And this time around, we’ve managed to create a sustainable system that won’t collapse again. The reason why we overcame this almost impossible task this time was because of our ability to replace ourselves with software—unless it becomes necessary for us to cut the chain of life short, humans will always be able to continue living on for as long as computers can run simulations like The Real Game of Life.

(Note: This article is completely based on imagination, written only for the purpose of forming some hypotheses about the impact of technology in the human future.) 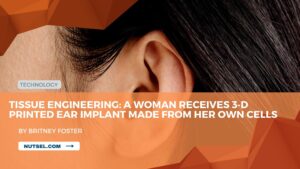 Previous post Tissue engineering: A woman receives 3-D printed ear implant made from her own cells 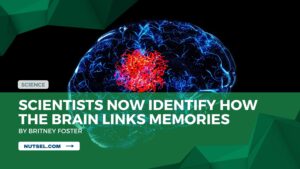 Next post Scientists Now Identify How the Brain Links Memories