It’s a widespread thought the universe is evenly distributed throughout. That’s likely because if our universe did have a center point, that wouldn’t make sense for most of our life. If that were true though, we would notice it all around us.

What’s interesting about this question is how much it makes sense to assume the universe has an exact center point or not have one at all. It depends on your theory. Let’s go through some examples of how two theories might work out!

Theory I – The Universe has an exact center

This is a very well-known theory, the big bang. It suggests that the universe was once a single point before expanding outwards. This theory also works with the idea that our universe has an exact center point. Here’s how this theory could work:

Pros: This theory is widely known and accepted as a fact in astrophysics (if you don’t believe me, ask Neil deGrasse Tyson). It works well with proven facts about our universe as well.

Theory II – The Universe has no exact center point

This is where things get really interesting! Many theories do not just simply accept the big bang as truth but base their big bangs on other theories such as inflation or string theory.

The entire Universe is not the center of everything, but rather it’s all just part of that one exact center point.

Pros: This theory is incredibly unique because it’s unique, to begin with. With no exact center point, our universe would be a lot different. It might mean we wouldn’t know how the universe began and will eventually end (hence no afterlife).

Cons: This theory is entirely based on assumptions.

Our opinion – Does our universe have an exact center?

It’s just the only one with life. Common sense suggests that extraterrestrials do exist. But if there was life somewhere else, they should have visited us already. If they have not visited us, they simply do not exist. I am not uncomfortable claiming that the Earth is the center of the Universe, and the rest of the cosmos is secondary.

There must be something. But what? It’s not possible to imagine, at least for our human brain.

We are choosing the easy way, to believe that the Universe is infinite. The entire Universe is not the center of everything, but rather it’s all just part of that one exact center point.

Share
Share
Pin
Tweet
InDoes our universe have an exact center, What if no time was there and only eternal now?
Previous post Would you still be yourself after rejuvenating your whole body with advanced technology? 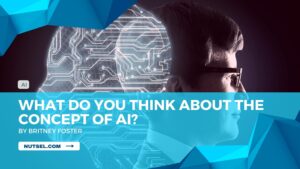 Next post What do you think about the concept of AI?