Another leap in the quest for scientific and technological advancements, scientists have grown a robotic finger coated in living human skin, similar to Arnold Schwarzenegger‘s iconic cyborg assassin.

According to the researchers in the University of Tokyo, the goal of their research is to one day create robots that resemble real people, but for more altruistic purposes.

There are various procedures for growing living human skin, including skin explant, dermabrasion, and even skin grafting. The first technique involves using the epithelial layer from a living human as the source of new skin. This procedure, on the other hand, is only viable for small amounts of skin and requires the transplantation of new skin every time you need it.

The second method involves growing collagen from an animal’s epidermis and then transplanting it into people. This method takes much longer because it necessitates the death of an animal, and it can only be used for bigger tracts of tissue. A skin graft is the third approach, which can be utilised for larger amounts of skin. The final two approaches have shown to be the most effective so far, so researchers brought in samples of human skin from patients who had undergone plastic surgery with this in mind.

According to biohybrid engineer Shoji Takeuchi and his colleagues, the super realistic-looking robots could more seamlessly interact with humans in medical care and service industries.

The researchers covered the robotic digit in skin by immersing it in a mixture of collagen and human skin cells known as dermal fibroblasts. The combination settled into the finger’s dermis, or base layer of skin. They next applied a liquid containing human keratinocyte cells to the finger, forming an epidermis (outer skin layer). After two weeks, the skin covering the finger measured a few millimetres thick, which is comparable to human skin thickness.

The lab-made skin is strong and stretchy enough to endure robotic finger bending, and it can even mend itself. Researchers demonstrated this by making a small cut on the robotic finger and covering it with a collagen bandage. Within a week, the skin’s fibroblast cells integrated the bandage with the rest of the skin.

In what ways will this be valuable in the future?

To pave the road for ultrarealistic cyborgs, researchers at the University of Tokyo wrapped this robotic finger in living human skin.

Ritu Raman, an MIT engineer who also builds machines with living components, said, “This is very interesting work and an important step forward in the field”. Biological materials, according to Engineer Raman, are intriguing because they can dynamically sense and adapt to their surroundings. She’d want to see a future version of the live robot skin with nerve cells embedded in it to make robots more aware of their environment, for example.

However, because a robot can’t yet wear this lab-grown skin suit out and about, Raman said the skin-covered robotic finger spent the most of its time soaking in sugar, amino acids, and other substances that skin cells require to thrive. A Terminator or other cyborg with this skin would need to bathe frequently in a nutritional broth or follow some other complicated skin care regimen. 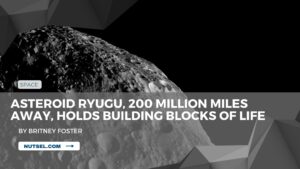