The study of microscopic biological processes can be challenging. The recent development in DNA nanobot technology might change this.

Researchers have built innovative nanorobots entirely from DNA to explore microscopic biological processes. Nanorobot is a small robot; microscopically small! It is capable of doing the following functions at the nanoscale: actuation, sensing, manipulation, propulsion, signaling, and information processing.

Nanorobot: A glimpse of past research on nanorobotics

Nanoid robotics is an emerging technology field creating robots whose components are at or near the scale of a nanometer (10-9 meters). More specifically, nanorobotics refers to the nanotechnology engineering discipline of designing and building nanorobots with devices ranging in size from 0.1 to 10 micrometers and constructed of nanoscale or molecular components.

In 2009, author and futurist Ray Kurzweil said, “30 or 40 years, we’ll have microscopic machines traveling through our bodies, repairing damaged cells and organs, effectively wiping out diseases. The nanotechnology will also be used to back up our memories and personalities.”

In an interview with Computerworld, author Kurzweil predicted that anyone alive who arrived in 2040 or 2050 could be close to immortal. Kurzweil had also added that the quickening advance of nanotechnology meant that the human condition would shift into more of a collaboration of man and machine, as nanobots would flow through human bloodstreams and eventually would even replace biological blood.

A team of researchers, in a research published in Science in 2017, used DNA to create a new type of robot designed to move and lift cargo at the smallest scales.

“Just like electromechanical robots are sent off to faraway places, like Mars, we would like to send molecular robots to minuscule places where humans can’t go, such as the bloodstream,” Lulu Qian, a bioengineering professor at the California Institute of Technology and one of the study’s authors, had explained in a press release.

Another study, published online in Nature Nanotechnology in 2018 by scientists, had shown that when cellular barriers get exposed to metal nanoparticles, there takes place of cellular messengers and that may cause damage to the DNA of developing brain cells.

For that particular research, the scientists had grown a layer of BeWo cells. It was a cell type that scientists widely used to model the placental barrier, in a laboratory on a porous membrane. Then, they exposed that cell barrier to cobalt chromium nanoparticles. And they later collected the media under the barrier and transferred it onto cultures of human brain cells. It sustained DNA damage.

Based on this sequence of studies on nanorobotics in the past, scientists have finally built innovative nanorobot entirely from DNA to explore microscopic biological processes.

“Nanorobot” Entirely Built from DNA: How will it Explore Microscopic Biological Processes?

Now, according to a new study, Inserm, CNRS, and Université de Montpellier at the Structural Biology Center in Montpellier have built the highly innovative “nano-robot”, which they have expected to enable a closer study of the mechanical forces applied at microscopic levels, which are crucial for many biological and pathological processes.

According to scientists, mechanical forces are exerted on our cells on a microscopic scale. They trigger biological signals essential to many cell processes involved in the normal functioning of our body or the development of diseases.

The feeling of touch, for example, is partly conditional on the application of mechanical forces on specific cell receptors (the discovery of this got this year’s Nobel Prize in Physiology or Medicine). In addition, these receptors that are sensitive to mechanical forces (known as mechanoreceptors) enable the regulation of other key biological processes such as blood vessel constriction, breathing, pain perception, and even the detection of sound waves in the ear.

The scientists also said that the dysfunction of this cellular mechanosensitivity is involved in many diseases. We can take cancer as an example: cancer cells migrate within the body by sounding and constantly adapting to the mechanical properties of their microenvironment. That kind of adaptation is possible only because mechanoreceptors that transmit the information to the cell cytoskeleton detect specific forces.

At present, we have still very limited knowledge of these molecular mechanisms involved in cell mechanosensitivity. Several technologies are already available to apply controlled forces and study these mechanisms, but they have several limitations. In particular, they are very costly and do not allow us to study several cell receptors at a time, which makes their use very time-consuming if we want to collect a lot of data.

In a technique known as DNA origami, researchers fold long strands of DNA over and over again to construct a variety of tiny 3D structures, including miniature biosensors and drug-delivery containers.

The purpose of DNA origami is to use it for the construction of nanorobots and other structures for studies of fluorescence, enzyme-substrate interactions, molecular motor actions, various light, and other energy studies, and drug delivery.

To propose an alternative, the team of researchers, led by Inserm researcher Gaëtan Bellot, decided to use the DNA origami technique. This enables the self-assembly of 3D nanostructures in a pre-defined form using the DNA molecule as a construction material. Over the last ten years, the technique has allowed major advances in the field of nanotechnology.

This enabled the team to design a “nano-robot” comprised of three DNA origami structures. Since it is of nanometric size, it is therefore compatible with the size of a human cell. It makes it possible for the first time to apply and control a force with a resolution of 1 piconewton, namely one trillionth of a Newton – with 1 Newton corresponding to the force of a finger clicking on a pen. This is the first time that a human-made, self-assembled DNA-based object can apply force with this precision.

To start, the researchers coupled the robot with a molecule that recognizes a mechanoreceptor. This made it possible to guide the robot to some of our cells and specifically apply forces to targeted mechanoreceptors localized on the surface of the cells to activate them.

Also Read: Creating consciousness in a machine vs creating it in a dead person

Such a tool is very valuable for basic research, as it could be used to better understand the molecular mechanisms involved in cell mechanosensitivity and discover new cell receptors sensitive to mechanical forces.

The researchers claimed that the design of a robot enabling the in vitro and in vivo application of piconewton forces meets a growing demand in the scientific community and represents a major technological advance. However, they say that we can consider the biocompatibility of the robot both an advantage for “in vivo applications” but may also represent a weakness with sensitivity to enzymes that can degrade DNA.

“Our next step will be to study how we can modify the surface of the robot so that it is less sensitive to the action of enzymes. We will also try to find other modes of activation of our robot using, for example, a magnetic field”, added Bellot.

The future of nanotechnology?

From a built-in doctor inside your body to self-healing structures, the future of nanotechnology is extremely promising.

Some of the most exciting advances in science seem to be coming from nowhere and out of nowhere.

Nanotechnology is still very sensitive about potential side effects such as toxicity if this technology were to become better.

It is important that we gain a transparent understanding of how exactly nanotechnology will change society. From how it affects us individually, to what new we can expect from the future of robotics – before embracing their power fully.

Researchers have built nanorobots entirely from DNA. DNA is a natural component of every cell in your body and it is how genes are coded.

DNA-based robots can navigate the bloodstream or the brain to look at the molecular level, and they may even gain the ability to self-assemble. This brings us closer to having a nanomachine that we can send into our bodies designed to improve health. And we won’t stop there.

With this technology, the future is looking brighter than ever before. 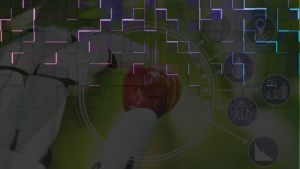