Besides time, every universal phenomenon characteristically behaves like a stock chart, occasionally going up and down, and so did the history of human intelligence.

In recorded history, intelligence in the ancient people of China, for example, Confucius (born 551)  and Egypt, the first people to have a year consisting of 365 days divided into 12 months, was high, with many exceptionally smart individuals. But they were looked down upon as “sages” and “gods,”, and their intelligence was valued in terms of the intelligence of artists and craftsmen.

And the Greek civilization, after its peak with Pythagoras (b. 570 BC), Socrates, who came first and his student, around 400 BC followed by Plato’s student Aristotle (b.384 BC), saw a quick decline in intelligence for more than the next thousand years.

Intelligence in ancient India was also at its peak with Sri Krishna in the Mahabharata age (around 5,500 years ago) and with Chanakya in the time nearly parallel to the Greek philosophers. However, this lasted only a few hundred years before it declined.

And the same pattern can be seen in ancient Rome and Han China.

When we go through human history, we can clearly detect these stock-market-like rising and falling cycles of the level of human intelligence.

History of human intelligence and the stock market chart

But the same goes for scientists too. Isaac Newton was far more advanced than those who followed him, such as Einstein and Hawking. And Leonardo da Vinci was a giant compared to his contemporaries, Michelangelo and Raphael.

Chanakya, teacher of Takshyashila, India, not only prepared and enthroned Chandragupta Maurya, previously nothing more than a subject of Magadh, the intelligent brahmin also developed a strong ecopolitical theory, “Arthashashtra” (Economics), which is still cited and enacted by almost all the rulers in the world.

The intelligence of William Shakespeare has yet to find its match in literature. In the early 20th century, Albert Einstein scored the highest point among all the contemporary scientists by theorizing spacetime in a novel way, which has still been incredibly baffling to thinkers, scientists, and philosophers.

During World War II, the trend of human intelligence collapsed into the war mentality, which celebrated the murders and killings of millions of people for no apparent cause.

Nevertheless, the trend of human intelligence didn’t see a long downtrend after the space race began with the world’s first artificial satellite, Sputnik 1, which was launched by the Soviet Union in 1957.

Many intelligent people have won the Nobel Prize, which Alfred Nobel founded in 1895, writing his last will, leaving much of his wealth to the establishment of the prize.

Why was the history of human intelligence like a stock chart?

Factors like contemporary socio-political, eco-cultural, and world-level war events influence the level of exposure of human intelligence. Although the most immediate impact of the fall of the Roman Empire, which was completed in 476, was the breakdown of commerce and trade, the survival of the Latin language to the present day is another major cause, which also slowed and halted the rise of human intelligence worldwide.

The rapid political collapse also severely hampered many other aspects of human intelligence, including education, scientific and technological research, literature, art, architecture, music, and others, ending the chaos nearly a thousand years later, along with the Western Renaissance in the 14th century.

At the dawn of the 20th century, World War I dragged almost all the world to participate and celebrate the death festival for nearly 5 years, temporarily pausing “logic” and human intelligence to surrender to the war mentality and letting the intelligence chart go down during the period.

However, intelligent people’s activities continued with renewed vigor after the war, raising the indicator to a new record in the history of physics—for example, Einstein’s two theories of relativity.

The trend of human intelligence, like that of the stock chart, which also rises and falls due to various external causes, has been rising and falling all over human history.

Although it just seems to be going up and down for hundreds of thousands of years, this is not to say that human intelligence cannot be elevated to a new high. For example, if the AI computers reach that stage, intelligence may not have to return to its earlier point in the pattern.

Perhaps human intelligence will continue to follow this pattern for another few hundred thousand years, if not so far, but what we are seeing today suggests otherwise.

Not satisfied only with the capabilities of self-driving cars and voice assistants, the intelligent people of 2022 have already started dreaming about the Artificial Intelligence of the “next level.”

Let us wait a little longer to see if the next-level AI’s intelligence cycle fluctuates like a stock chart or climbs up to eternity. 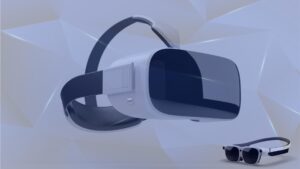 Previous post Are you ready for life in a virtual real world?
Next post Can you use Virtual Reality to improve the way you learn languages?