Scientists have for the first time found the building blocks for life on an asteroid in space.
On the space rock Ryugu, which is more than 200 million miles from Earth, Japanese researchers have discovered more than 20 amino acids.

Studying samples retrieved from the near-Earth asteroid by the Japan Aerospace Exploration Agency’s (JAXA) Hayabusa2 spacecraft, which landed on Ryugu in 2018, scientists made the first-of-its-kind detection. In 2019, the spacecraft collected 0.2 ounce (5.4 grams) from the asteroid’s surface and subsurface, stowed it in an airtight container and launched it back to Earth on a fine-tuned trajectory.

Composition ingredients of an asteroid

An asteroid is composed of minerals. And minerals are made from elements. Amino acids, which are the building blocks of life, are also chemical compounds containing carbon, oxygen and hydrogen atoms. Scientists have detected them on many different asteroids and comets since their existence was first predicted in the 1960s.

Comets have watery ice and gases such as carbon monoxide (CO), carbon dioxide (CO2) and methane (CH4).  Asteroids have metals like iron and nickel, silicates such as olivine and phosphates. But scientists have not found any life on any of them so far, except Earth-like microbes living below Earth’s surface.

Asteroid Ryugu: Why is it specific?

Rather than being one large boulder, many small rocks are the components of Ryugu, and the asteroid got its unusual spinning top shape from rapid rotation, scientists believe. As a carbonaceous, or C-type, asteroid, Ryugu contains a large amount of carbon-rich organic matter, much of which likely originated from the same nebula that gave birth to the sun and the planets of the solar system roughly 4.6 billion years ago. Previous sample analysis has also suggested that the asteroid harbors water.

According to Hisayoshi Yurimoto, a geoscience professor at Hokkaido University and leader of the Hayabusa2 mission’s initial chemical analysis team, said while outlining the initial findings at the Lunar and Planetary Science Conference in March, the Ryugu material is the most primitive material in the solar system scientists have ever studied.

Molecules on Ryugu are different

Unlike the organic molecules found on Earth, interactions with Earth’s environment have not changed the pitch-black asteroid samples, giving them a chemical composition much closer to that of the early solar system. The scientists found the samples only reflect 2% to 3% of the light that hits them,

“We detected various prebiotic organic compounds in the samples, including proteinogenic amino acids, polycyclic aromatic hydrocarbons similar to terrestrial petroleum, and various nitrogen compounds,” Hiroshi Naraoka, a planetary scientist at Kyushu University and the leader of the team which looked for organic matter in the samples, explained at the conference. Naraoka added, “These prebiotic organic molecules can spread throughout the solar system, potentially as interplanetary dust from the Ruygu surface by impact or other causes.”

Initially, sample analysis detected 10 amino acid types, but now the number has ballooned to more than 20, according to Japan’s education ministry. Amino acids are the fundamental building blocks of all proteins and are indispensable prerequisites for the existence of life on our planet. A 2019 study in the journal Geochimica et Cosmochimica Acta found organic molecules from space in a group of 3.3-billion-year-old rocks discovered in South Africa, raising the possibility that some — if not all — of these life-building molecules first came to Earth on comets and asteroids. The Ryugu findings make the evidence that asteroids carry these molecules even stronger.

Speaking Kyodo News, Kensei Kobayashi, a professor emeritus of astrobiology at Yokohama National University, said, “Proving amino acids exist in the subsurface of asteroids increases the likelihood that the compounds arrived on Earth from space”. He further added “This means that amino acids could likely be found on other planets and natural satellites — a clue that life could have been born in more places in the universe than previously thought”.

The researchers say they are continuing to analyze Ryugu samples, and more data on the asteroid’s formation and its composition will become available soon.

Not Ryugu is the only space rock under investigation, instead, NASA’s OSIRIS-REx spacecraft collected a rock sample from another diamond-shaped asteroid, named Bennu, in 2021. The sample returns to Earth in 2023. Then, signs of organic matter contained within it could provide scientists with important clues into the evolution of the solar system and its materials, alongside how life emerged from them.

Thus, steroid Ryugu is an example of life in space. More and more evidences are of the same opinion. In future, scientists will find many other bodies, including comets and planets with water in their liquid state and/or minerals. We should not forget that we do not know everything in the universe. However, if we find any life, then it will be a major contribution to science. 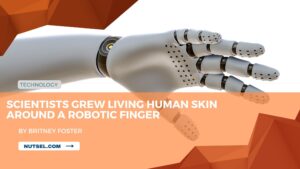 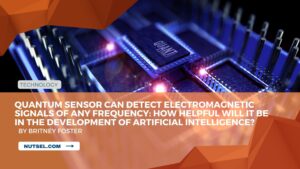 Next post Quantum sensor can detect electromagnetic signals of any frequency: How helpful will it be in the development of Artificial Intelligence?